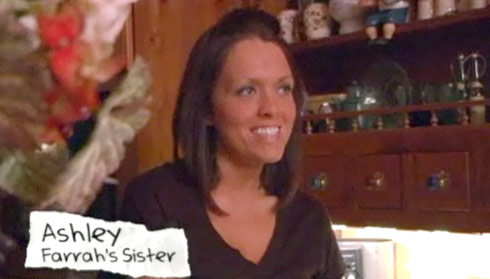 If MTV decides to start a new reality series titled 24 and Pregnant they have themselves a cast member. Congratulations to Ashley Danielsen, older sister of Teen mom star Farrah Abraham, who made the announcement a little while ago that she is 11 weeks along and has a due date of June 29!

Actually, it was the Farrah Lynn and Sophia Laurent Abraham Facebook page that broke the story after hinting for a couple days that they had a huge announcement. From their status update:

HERE IT IS!!! Congrats to Farrah and Sophia! Farrah is going to be an aunt and sophia is going to have a little cousin! Ashley is 13 weeks pregnant 🙂

Ashley shared a photo of herself on Twitter wearing a black shirt with the words “Furture Husker” and an arrow pointing to her belly along with the tweet, “Thanks to @gahmgahm for taking this FIRST pic of Bean and I ❥ …”

UPDATE – Farrah has shared her joy and excitement over the announcement on Twtter as well! Here’s what she had to say about her big sister’s good news:

Teen Mom fans probably recognize Ashley from the show as she and Farrah often had disagreements and seemed a bit like oil and water, which was further evidenced by a much-publicized “boozy brawl” between the two that made headlines last September. She and Farrah seem to be on good terms now, with Ashley visiting Farrah in Miami and the two exchanging humorous tweets. (Perhaps a few thousand miles between them was all they needed to mend the fences.)

There is cause for concern about the announcement however. Back in early August (about six weeks prior to getting pregnant if my math is accurate) Ashley tweeted that she had been punched by her boyfriend at the time and he had been taken to jail as a result. She assured fans afterward that she was not going to let the guy off easy:

“There were a lot of people around and he was taken to jail,” Ashley tweeted. “I’m ok now! I am prosecuting him to the fullest.”

She also shared a rather graphic image of her bruised eye after the altercation: 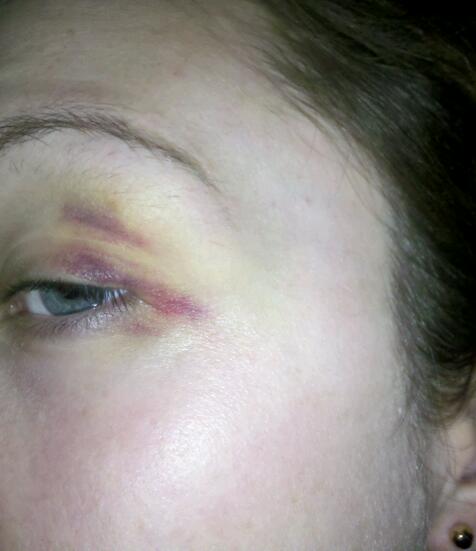 Let’s all hope Ashley is expecting with a new man!

Thanks to TheAshleysRealityRoundup.com for her diligent reporting on her Teen Mom namesake!