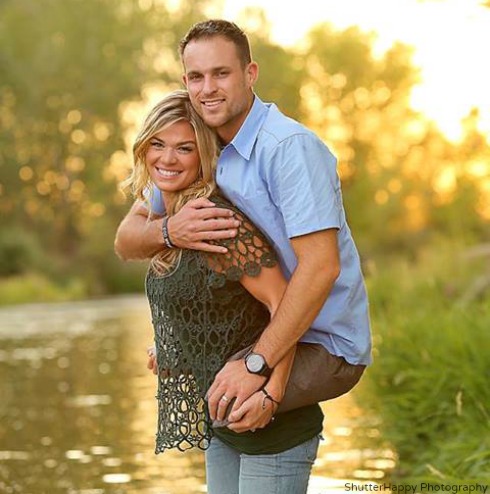 It was one of the few moments during a family photo shoot that Kelly and Jesse Cottle weren’t prepared for a picture. But, when the talented photographer spotted a Kodak moment, the couple went along. The result was a beautiful image of Kelly carrying Jesse, who lost both of his legs in Afghanistan in 2009.

“I was carrying Jesse back to his legs, and the photographer was like, ‘Oh we’ll get a couple of shots of you together.’ It wasn’t planned or anything,” Kelly told ABC News.

The photo was shared on ShutterHappy Photography’s Facebook page on August 16. It quickly went viral, with nearly 10,000 “likes” and more than 1,000 shares. Jesse and Kelly then explained their inspiring story to ABC News.

As Jesse and Kelly explained, they met when Jesse was competing in a swim meet with his new prosthetic legs.

“If I hadn’t stepped on that IED I wouldn’t have met her,” Jesse said. “I wouldn’t take it back ever.” 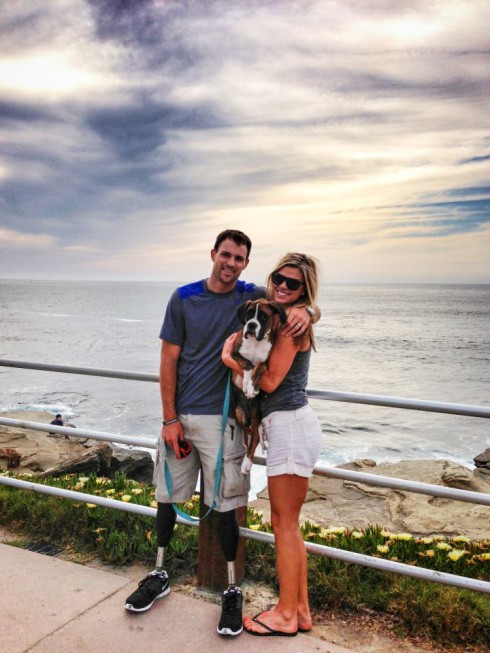 Sarah Ledford, the Idaho-based photographer behind the picture, commented to ABC News that the picture is so special because of what it represents.

“It’s an amazingly inspiring story that has touched the lives of many Americans,” Sarah said. “Jesse is not a hero for stepping on an IED, he’s a hero because of the way he has handled what was handed to him and how he chooses to continue to conduct his life with his positive attitude.”

Jesse added the picture is an excellent metaphor for his relationship with Kelly.

““The photo really says it all,” Jesse said. “I actually look at it very much as a symbol for our whole relationship in general. She’s physically carrying me, but there’s times where she’s carrying me emotionally. It’s a perfect representation of who Kelly is.”

Navy SEAL Team 6 is not to be messed with