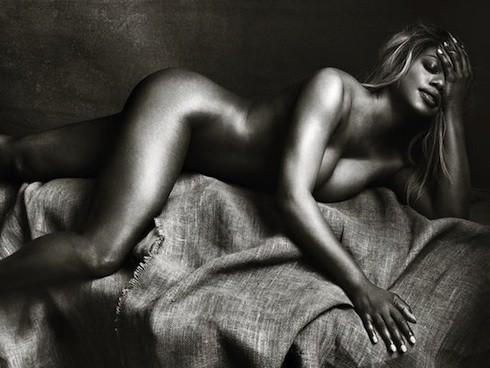 Bruce Jenner’s interview with Diane Sawyer this weekend was the biggest moment in an already big week for the transgender community. The interview was seen by around 17 million people, making it perhaps the single most visible moment in transgender history. The second biggest might just be the hit Netflix series Orange is the New Black, co-starring actress and activist Laverne Cox.

And Cox had a big week for herself: She was a highly sought-after guest at the White House Correspondents’ Dinner, was named one of TIME magazine’s 100 Most Interesting People in the World, and–most visibly–posed nude for the centerfold spread of Allure magazine. The spread irked some women’s rights advocates, but Cox, 30, says she was able to let go of her initial hesitation:

I’m a black transgender woman. I felt this could be really powerful for the communities that I represent. Black women are not often told that we’re beautiful unless we align with certain standards. Trans women certainly are not told we’re beautiful. Seeing a black transgender woman embracing and loving everything about herself might be inspiring to some other folks. There’s beauty in the things we think are imperfect. That sounds very cliché, but it’s true.

And, when TIME asked her what needs to come next for the transgender movement, Cox was just as matter-of-fact:

I would say that 2014 was a watershed moment for visibility, but the record unemployment rates, homicide rates and discrimination that we experience, that has not changed. So we need more of what’s happening in the media in terms of visibility to affect policies and how we treat transgender folks.

As for the acting side of Cox’s life, Orange is the New Black‘s third season drops on June 12.