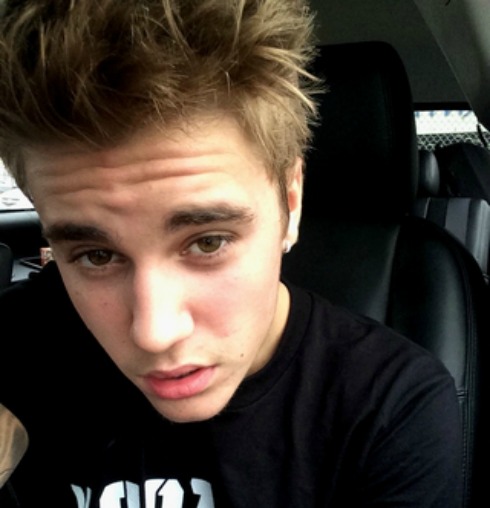 Like his albums, Justin Bieber’s hair is now platinum.

The formerly dark-haired singer kind of debuted his new ‘do while exiting a West Hollywood hair salon yesterday afternoon.

Even though he wasn’t ready to show off the change, it seems going back to the color he favored during his youth has been on Justin’s mind for a while: Back on Nov. 14, he shared a throwback picture where he was sporting the bleached look.

Remember back when Justin chopped his signature longer locks and all of the Beliebers freaked out? The same seems to be happening now with many “begging” the Biebs to share a shot of his new look. Some extra impatient fans have even mocked up photos of their idol…

What custom present did Justin Bieber get from his dad for his birthday?