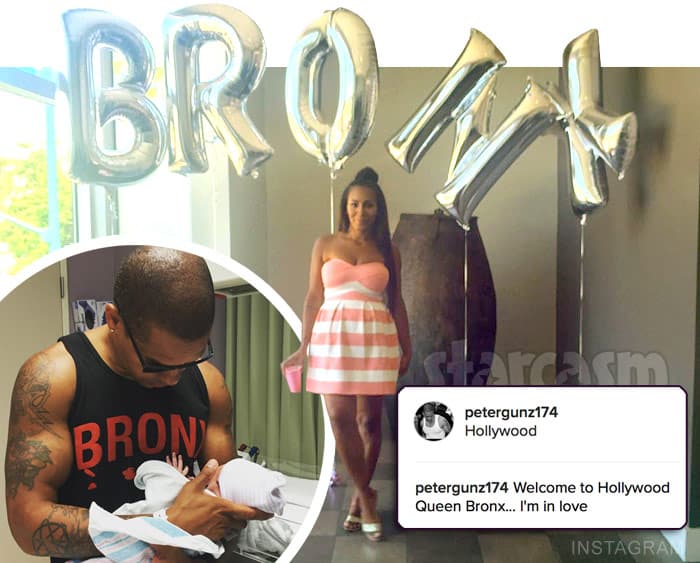 Congratulations to Love & Hip Hop New York stars Peter Gunz and Amina Buddafly! The couple welcomed their second child together, a daughter named Bronx, and we already have our first picture: 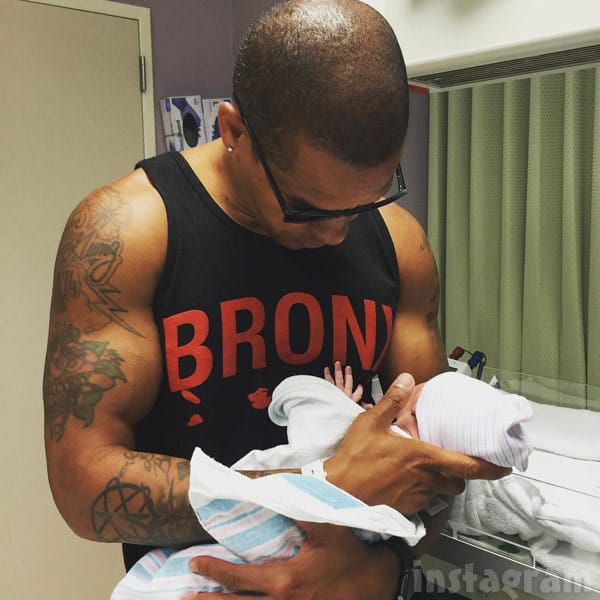 Proud papa Peter shared the photo on Instagram and captioned it with “Welcome to Hollywood Queen Bronx… I’m in love.” Amina echoed Peter’s sentiments in a text graphic she posted earlier today that reads “I woke up in love this morning.”

Little Bronx joins big sister Cori, who just turned two years old on July 29. In addition to her full sibling Cori, Bronx also has eight half siblings courtesy of his dad, the youngest of which is Tara Wallace’s son Gunner Ethan, born in February. (Click here for a full list of all of Peter Gunz’s children that we know of, minus Bronx.)

So far there has been no official reaction to Bronx’s birth from Tara Wallace on social media.

UPDATE – Here’s another photo of Peter and Bronx from Twitter:

I'm in love with the Bronx all over again.. pic.twitter.com/Z7XIlU8YXf

Amina and Peter’s little bundle of joy arrives just after Amina shared a much larger bundle of joy in the form of a not SFW photo of Peter Gunz’s peter gun. Although Amina has since deleted — and apologized for — the now-infamous Peter Gunz scrotograph, I thought I would wrap up this post with a slightly edited version, courtesy of The Shade Room:

#PostAndDelete: #AminaBuddafly may have posted the reason why #PeterGunz is such a hot commodity on #LHHNY ???…

Rob Kardashian and Blac Chyna pregnant with their first child together