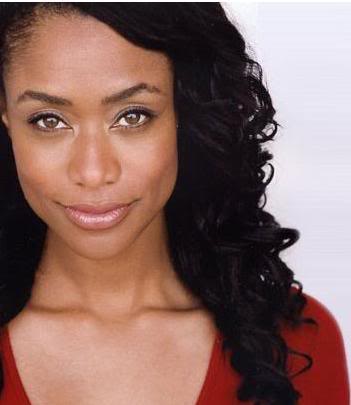 Tami Roman is the newest edition to VH1’s Shauni O’Neal produced Basketball Wives, and she’s got quite a resume!

She landed a gig as part of the second season of MTV’s The Real World in Los Angeles, when this type of candid reality format was fresh and exciting. Tami, who then known as Tami Akbar and was an aspiring R&B singer, model, and actress who worked at an HIV clinic for money, kept the audience rapt with drama. She had an abortion on the show, and at one point got her jaw wired shut to lose weight.

After The Real World stint was over, Tami continued working for MTV as a VJ. She married basketball player Kenny Anderson in 1994, and left him in 1998 after learning that he cheated. They were officially divorced in 2001, and according to reports she successfully challenged a $5.8 million prenuptial agreement including $8500-a-month in child support. She even reportedly had a license plate made that read “HISCASH.” This goes against the claim she makes on Basketball Wives that she walked away from the marriage with the same $70,000 she had at the start. She mentions being so broke that she had to put her children on food stamps.

Throughout the years between MTV and now VH1 Tami landed small acting roles on television shows like “The Parkers,” and a few movie bits. She’s currently trying to launch her own film production company and is working on both a screenplay and a book based on her experiences as a basketball wife.

Kenny Anderson has been out of his children’s lives for many years, and they awkwardly reunite on the VH1 show.  She also doesn’t fail to bring the drama to season two of Basketball Wives, expect to see her in quite a few spats before the curtain closes on this season.

Here’s an interview with VH1