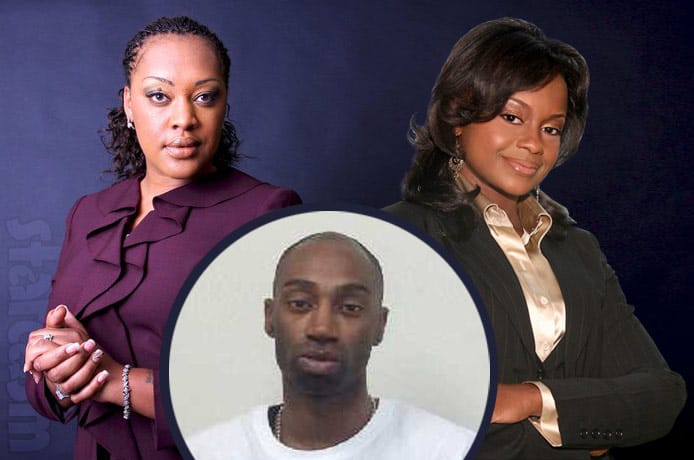 An arrest has been made after a man walked into a downtown Atlanta law office and demanded to see The Real Housewives of Atlanta star Phaedra Parks. The man, identified by multiple sources as rapper Drama (real name Terrence Cook, aka Terence Cook), was told he had the wrong building, at which point he got very angry and stated he had a bomb!

Police arrived on the scene and arrested the man — you can see video of Drama being placed in the patrol car in this Instagram clip:

So this is the guy who had beef with Phaedra this morning ? #atlantahousewives #rhoa y'all remember the rapper #DRAMA (left left left left left right left) well this is him

And here is a photo of Drama in the police car:

As TMZ reports, not only did Drama have the wrong building, but Phaedra is also not currently in Atlanta — she is in Philadelphia.

I breathed a big sigh of relief that no one was hurt, and another one when multiple news outlets reported that police have found no actual evidence of a bomb yet. After that, it occurred to me that I had heard of the rapper Drama, so I did a little research and was startled to find out I had written about him before — in connection with Phaedra Parks!

Drama was a client of Phaedra Parks back in 1999 when he was facing multiple robbery and battery charges. He would eventually plead guilty as part of a deal. According to online records, Drama was arrested again a few years later for multiple counts of armed robbery and other charges, and he received a lengthy prison sentence in 2004. (I do not believe Phaedra represented him this time around.) The records indicate he was released in April of last year.

Here is the most recent Drama mug shot photo that I could find: 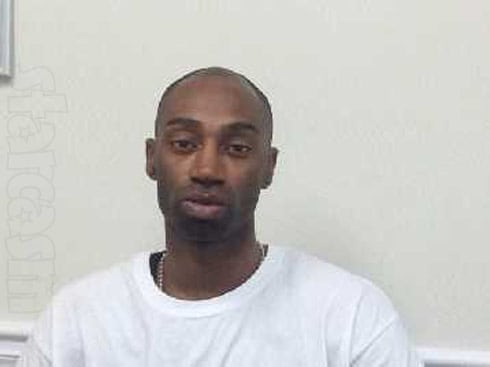 What makes the connection between Phaedra Parks and Drama really interesting is that Drama was dating Angela Stanton at the time he was being represented by Phaedra, and that is how Phaedra and Angela met!

In case you missed it, Angela Stanton published a book titled Lies of a Real House Wife: Tell The Truth and Shame The Devil in 2012 detailing her relationship with Phaedra. In the book, Angela claims that Phaedra was not only aware of the crimes that got Angela and Phaedra’s future husband Apollo Nida arrested, but that she was the mastermind behind it all!

Here is an excerpt from our post at the time:

In the first part of the interview Angela Stanton talks about her troubled early life and how she and Phaedra Parks met through rapper Drama, a client of Phaedra’s, in 1999. Soon after, they became good friends, and that’s when the alleged criminal partnership began.

“And of course I was the one that would go into the bank with the identifications, deposit the check, and then go back to the bank and withdraw the money, whether it was $27,000, $30,000.

“This went on for about two years, and then I ended up catching a charge and getting locked up for forgery, and I ended up going to prison. On my first trip to prison, I only did four months, but while I was away at prison, Apollo had also got arrested. So when he got arrested and got banged up and moved to County, and I finally got out after doing my four months, Phaedra and I got back together again.

The book led to a defamation suit filed by Phaedra Parks that dragged on for years, but it was quietly dropped by Phaedra just last month.

So, we have a very disgruntled former client of Phaedra Parks, an attorney who has been accused of masterminding numerous crimes involving fraud who dropped her defamation suit against an author who published a book containing those allegations.

Something tells me this story isn’t going to end with Drama’s arrest. Stay tuned.

UPDATE – We got a tip from a reader about another of Phaedra’s disgruntled former music clients. In 2014, songwriter Manuel L Seal filed suit against Phaedra Parks claiming she ripped off some of his music royalties. Manuel is the real deal, having written big hits such as Mariah Carey’s “We Belong Together” and Usher’s “My Way.”