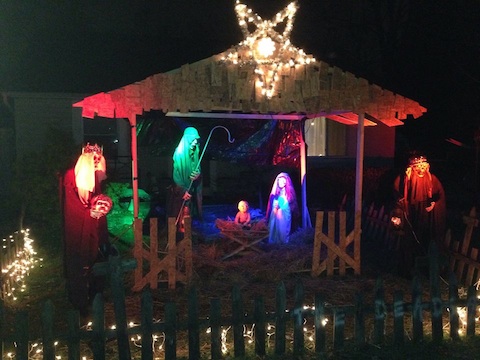 A Cincinnati man has concocted what he calls the world’s first Zombie Nativity Scene–but, if you want to see it, you’d better look fast, because city officials are not pleased. Jasen Dixen’s design, which is based on and uses spare parts from the “13 Rooms Of Doom” haunted house he manages, is too large, say the council members in Sycamore Township, an otherwise quaint burg in the greater ‘Nati area. 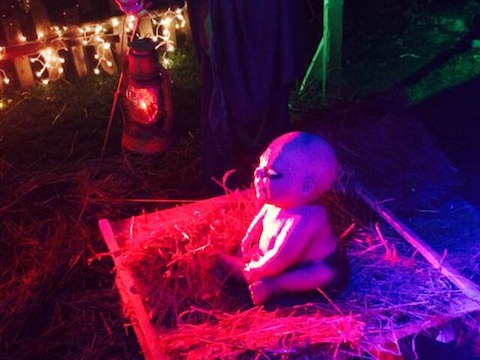 The attraction has been rather popular, according to Dixon: “On the average,” he told a local news crew, “we probably get 30 or 40 cars stop [per day] and [take] pictures, getting out with their camera.”

Though not everyone appreciates his effort to distinguish his holiday decorations from the slew of yearly clichés: “The neighbors don’t like it. My father hates it and anything bad that happens he blames it on that.”

But at least one neighbor supports the endeavor. Dan Fluker, an understanding and reasonable man, acknowledged that the scene is “a little too much” for him, but concluded, “No, it doesn’t offend me. I mean, we live in America, so everybody has freedom of speech.” 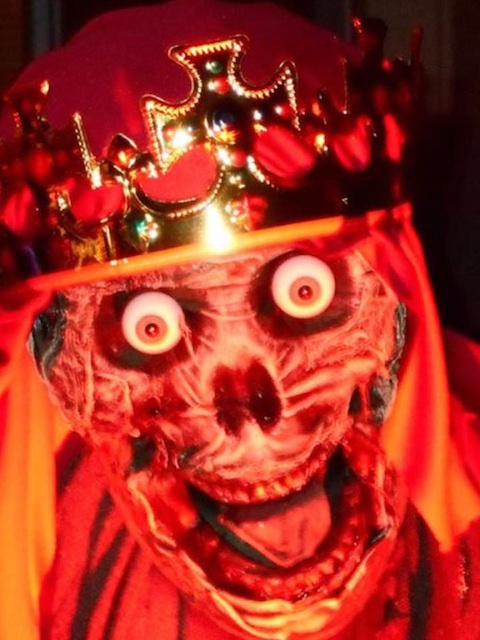 Instead the city got Dixon on a technicality. According to asinine bylaws, structures located in a front or side yard may not take up more than 35 percent of the yard’s total area. In addition to that, the “primary structure” must be three feet from the street, and six feet from the house. (Which means you’re basically screwed if you’ve got a short yard.)

Said Dixon, “I’ve lived here for 15 years and I’ve never had a violation of any kind. It’s a holiday decoration. I know if it was a real pretty nativity scene they wouldn’t be saying anything.”

The city’s given him until December 26th to take the decorations down, so it’s kind of a draw. Plus, it’s not like the guy had a big light display or anything. Count your blessings, Cincinnati residents.