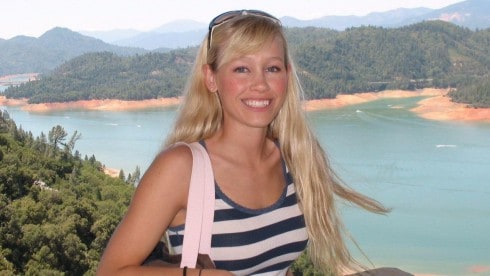 A year ago yesterday, November 2, 2016, Sherri Papini disappeared while jogging, leaving her husband and son distraught. She was discovered three weeks later in the early morning of Thanksgiving Day on the side of the rode. Her hands and feet were bound. According to the Shasta County California Sheriff’s office she was painfully thin, covered in bruises and had been branded on her right shoulder. Some Internet sleuths have dismissed Papini’s fraught kidnapping story as a hoax and now new details have emerged in this puzzling case.

The 35-year-old Northern California mom of two said she was abducted by two female assailants in a van. Her husband later found her phone on the side of the road with her earbuds and a strand of her long, blond hair.

According to the FBI Papini described one of the women as a 20-30 year old Hispanic woman with coarse, curly dark hair, thin eyebrows and pierced ears. She said the second woman was also hispanic, but a bit older – between 40-50 years old. She had thick eyebrows and pierced ears, and was about two inches taller than the younger woman. She’s said they made effort to conceal their faces throughout the ordeal.

Quite a while after Sherri Papini was back home, she met with a sketch artist to describe her abductors. The Shasta County Sheriff’s office said it took so long for Sherri to be able to sit down with sketch artists because she’s needed time to recover from her traumatic experience. The FBI is offering a $10,000 reward to anyone who can offer information to identify these women. 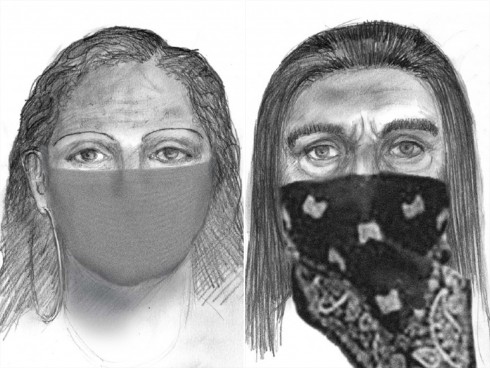 It has also been revealed to the public is that Sherri Papini had DNA on her body from a male and a female that did not match the DNA of herself or her husband. Police found that Sherri had been texting a male acquaintance from Michigan just a few days before her abduction, but found no connection between this man and Sherri’s disappearance.

There is still very little information to help connect the dots with exactly what happened to Sherri. She’s the only witness to what happened to her for those 22 days last November, but even for her the details are spotty.

“Sherri, continues to provide details as she can recall them, but has not been able to provide a complete detailed statement due to her poor recollection,” the Sheriff’s Office release on the case explains.