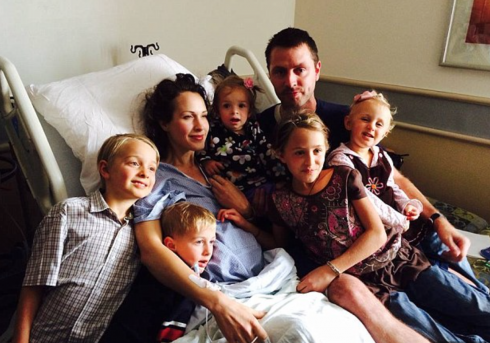 Utah resident Kathy Taylor passed away from melanoma on New Year’s Day after refusing treatment in an unsuccessful attempt to save her baby.

34-year-old Kathy found out she had a form of this deadly skin cancer this summer while she was pregnant with her sixth child, Luke. Kathy and her family started documenting their experiences on a blog, where her husband Nathan wrote about her passing this morning.

“As I realized she had gone I gathered her in my arms and embraced her,” he said. “I could not believe it. I was so sad that I had been asleep and not been with her when she passed. I was so sad it was already goodbye.”

Kathy had refused treatment in a bid to keep her son alive. He was born 14 weeks premature this September, and died two weeks later from complications from an infection. It was amazing that he was able to even be born because Kathy was given just days or weeks to live when she was first diagnosed in August. When her liver started to fail, doctors decided that it was time for Luke to be delivered in an effort to save his life.

Nathan and their five children are devastated by the double loss, but Nathan is intent on keeping New Year’s Day as a celebration of Kathy’s life.