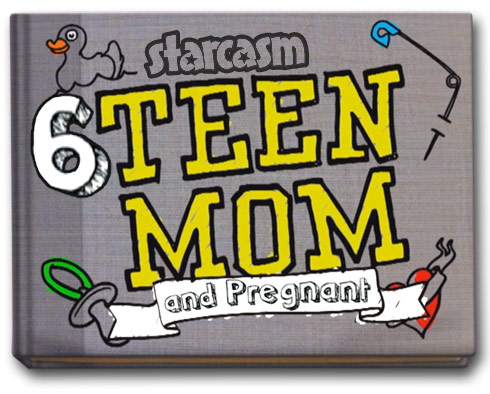 MTV issued a casting call back in January for a brand new season of their ground-breaking reality series 16 and Pregnant, shortly before revealing Season 6 would have a revamped format and would be modeled after Teen Mom with the same mothers featured over multiple episode. Thanks to a tip, we’ve discovered that one of the moms currently in talks with MTV to be on the upcoming season is an 18-year-old from Texas who found out she was expecting quadruplets in March.

The pregnant teen first found out that she was expecting more than one child after a sonogram on February 17 revealed triplets. Then, in early March, a fourth embryo was discovered. In the Facebook conversation about the fourth baby discovery, one commenter wrote, “Y’all need to sign up for Teen Mom for real!” The sister of the expectant mom responded, “Teen Mom already contacted her.”

“For real? Is she gonna do it?” asked the commenter.

The young mom said “Ya” and the sister wrote, “Yes.”

A production source later confirmed MTV is considering this mom for the show.

Unfortunately, it appears the expectant mom lost two or more of the babies due to fetal resorption. On March 17 she wrote, “It’s not looking good for the babies. Please pray for me… Feeling heartbroken.”

On April 4 she lamented the loss of her dog and confirmed the bad news. She began the post by writing, “After losing my babies…” When a commenter asked what happened, she added, “It’s called vanishing twin. They all vanished.”

Vanishing twin syndrome is when one of a set of twin/multiple fetuses disappears in the uterus during pregnancy. This is the result of a miscarriage of one twin/multiple. The fetal tissue is absorbed by the other twin/multiple, placenta or the mother. This gives the appearance of a “vanishing twin”.

Sometimes a woman may have symptoms that would indicate a miscarriage, yet, with an ultrasound, a single baby is found in her uterus. Vanishing twin syndrome has been diagnosed more frequently since the use of ultrasonography in early pregnancy. A conservative estimate of frequency is that vanishing twin syndrome occurs in 21-30% of multifetal pregnancies.

The teen-mom-to-be revealed she had surgery just last week and updated her followers afterward that she was “doing good.” It’s unclear how many babies she may still be carrying.

As far as this mom’s background, she currently lives with her mother and has been dating the father for quite a while. She refers to her sister as her “twin,” so perhaps multiple births run in the family.

This mom’s story sounds like a real emotional roller coaster. Stay tuned to see if MTV decides to fully commit to featuring her on 16 and Pregnant Season 6. (Or will they be calling it Teen Mom 4?)