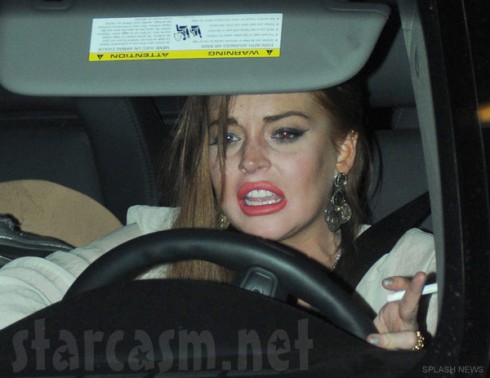 Lindsay Lohan is not having any luck driving lately. After getting into an accident last month and nearly totaling her Porsche Panorama, Lindsay is at it again. Earlier this afternoon, Lindsay rear-ended a silver Ford Mustang in West Hollywood — driving that same Porsche!

Lindsay was headed to the Chateau Marmont after enjoying some retail therapy at the Chanel store, but shortly before arriving, she ran into the back of the car in front of her while driving down Sunset Boulevard. Lindsay and the driver were both unharmed and exchanged insurance information safely inside the Chateau Marmont (which was also the scene of her meltdown this past weekend).

A source tells X17 Online, “Lindsay was NOT driving dangerously — it was merely a minor accident in bumper-to-bumper rush hour traffic in the Sunset Plaza neighborhood.” Well, that’s something new.

According to X17 the Mustang was a rental car with Nevada plates. The site teases that more information about the accident is coming soon, including an interview with the driver of the Mustang!

So as it turns out, Lindsay wasn’t driving out of control, but still, is it that hard for this girl to pay attention to the road? This is the second time she’s ran into the back of someone in less than two months. If she doesn’t learn her lesson soon, someone could really get hurt.

Last month, Lindsay slammed into the back of an 18-wheeler after he allegedly cut her off. Well, that’s what she said. Both her and her assistant were taken to the hospital with minor injuries.

Cops were not called to the scene of today’s accident but that probably would have been a good idea. Lindsay could definitely benefit from a fine or some sort of driver improvement classes — anything! Can she at least hire a driveer?  The whole driving thing just doesn’t seem to be her strong point in life.

Maybe Linds is just preparing for her dream role in the yet-to-be-announced Thelma & Louise remake! 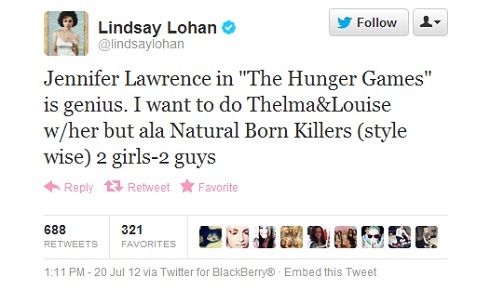