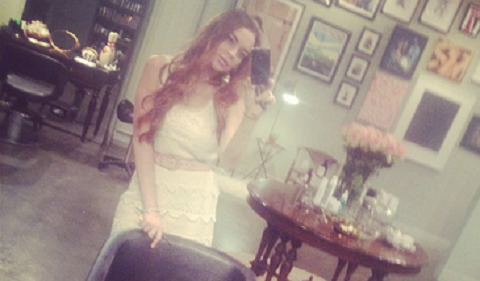 Lindsay Lohan burst onto the Hollywood scene as an adorable redhead. Since then, Lindsay has tried everything from blonde, to brunette, to highlights — and everything in between. This ever-changing starlet isn’t changing her ways anytime soon and has just returned to her roots as a redhead.

Just in time for the 4th of July celebrations, Lindsay dyed her hair back to it’s original shade and immediately shared a photo (above) with her Twitter followers which included the message, “Red again.” Did the spirit of the holiday inspire Lindsay to go red in honor of her country? Perhaps a new role has required Lindsay to channel her former Mean Girls look.

Lindsay has been doing whatever she can to revamp her persona in order to be taken more seriously in Hollywood and it seems to be paying off.. so far. In fact, she just wrapped  filming on the upcoming Elizabeth Taylor bio pic, Liz and Dick. During filming, Lindsay was seen rocking several different hair styles including a short, curly look and a Cleopatra-inspired ‘do!

We love seeing Lindsay back to her former self. Plus she recently told Matt Lauer that she isn’t even into partying anymore (though she HAS been spotted out at clubs a few times since.) Is Lindsay ready to put her bad girl ways behind her and move forward with her acting career? If so, She’s off to a great start with Liz and Dick.

As long as Lindsay is staying out of trouble, who cares what color she dyes her hair! However, if we had to pick a look for Linds, we would have to go with her strawberry blonde Coachella look.. Lindsay loves reinventing herself, so who knows what’s next! 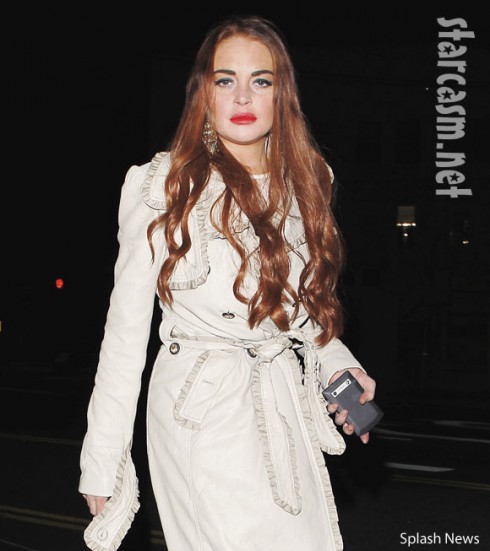 PHOTOS You won’t believe who this is…

Lindsay Lohan has dinner with Woody Allen, might be in his next movie