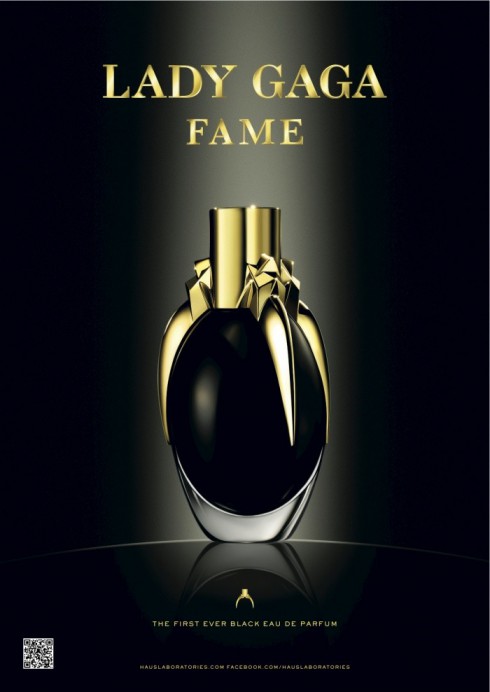 Lady Gaga didn’t sweat it too much when she found out a beauty editors leaked the first photos of her first fragrance Fame on Twitter, she just tweeted her own photos of the black liquid along with a tongue-in-cheek message frustration: “Oh fashion editors, I could just crinkle my hands at you!”

Now that we know the bottle looks like a black egg held by a spikey claw, what does the stuff smell like?

There was early buzz last year that Gaga wanted her first fragrance to smell like “blood and semen.” That idea was leaked because Gaga has requested the essence of blood and semen, not the actual smell, but the fragrance batch WAS mixed with a sample of Stefani Germanotta’s real blood!

According to The Daily Mail, the mixture, which is black like the “soul of fame,” but quickly turns invisible when you spray it on your skin (also like fame,) contains some of Gaga’s DNA. You can literally wear her DNA on your body and in your hair!

“It was taken out of my own blood sample, so it’s a sense of having me on your skin. I wanted to extract sort of the feeling and sense of blood and semen from molecular structures, so that’s where [the rumors] came from. That is in the perfume, but it doesn’t smell like that. Actually, the perfume smells like an expensive hooker.”

“Tears of Belladonna, crushed heart of tiger orchidea, with a black veil of incense, pulverized apricot, and, the combinative essences of saffron and honey drops.”

Everyone’s buzzing about this intriguing list of smells (<em>Gawker notes that it sounds like something a “dramatic 17-year-old.)

One thing that everyone’s pointing out, but not really explaining is the first ingredient: Tears of Belladonna. It sounds like a Irish folk song or a Greek myth, and that’s really not far off base. Belladonna is a poisonous plant that also goes by the term “Deadly Nightshade.” It has been used throughout history as both an anesthetic (pre-Middle Ages) and a poison. All the parts of the plant can be lethal. It would take just a few of the sweet, innocent-looking berries to kill a child (about 20 to topple an adult,) and it would only take ingesting one leaf to kill an adult.

Interesting choice for a perfume, but the story gets deeper, and the “tears” part comes in (on top of the tears that would be shed over children eating belladonna berries.) Bella Donna is Italian for “beautiful woman.” The plant has that name because it became a dangerous cosmetic practice in Italy for women to apply belladonna eye drops made from the juice of the berries into their eyes to make their pupils dilate. This worked by blocking the muscle receptors in the eye that controlled pupil dilation. That sounds like some risky stuff (Botox anyone?)

“Tears of Belladonna” also seems significant to Gaga because of her “Big Doe Eyed” look for her “Bad Romance” video where she wore huge contact lenses that are considered dangerous.

After learning all this, I’m a little afraid to try Gaga’s new fragrance. Not only does it have blood, but it’s got poison in it too!

Are you willing to try it? Are you ready for the cold, black, poisonous heart of fame (with apricot and honey drops?) It’s due this fall. 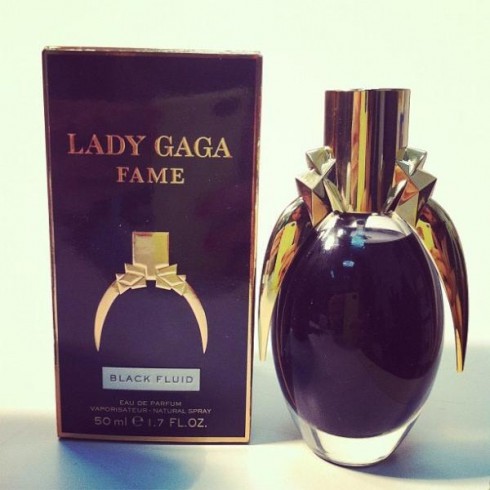 Madonna on Lady Gaga and Born This Way / Express Yourself controversy