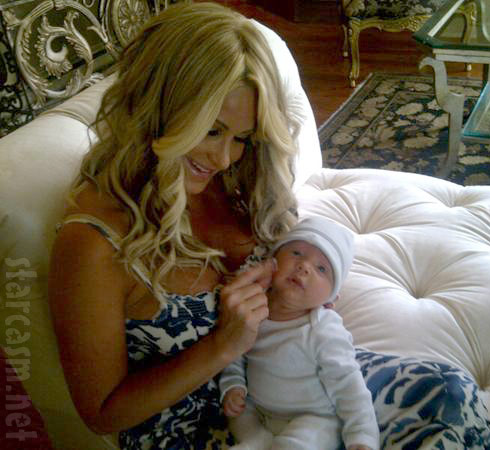 The Real Housewives of Atlanta‘s Kim Zolciak is famous for her dramatic profanity-laden altercations with Nene Leakes, having a really long relationship with the married mystery man named Big Poppa, and her talent-be-damned dance hit “Tardy for the Party” – during all of which Kim had one of her infamous wigs, a cigarette and a glass of white wine.

But, let’s not forget that this NeNe Leakes dubbed “Trash Box” has got some mad parenting skillz! She’s already got two lovely daughters in Brielle, 13, and Ariana, 9 and now KZ’s maternal instincts are kicking in again for little Kroy “KJ” Jagger, Kim’s son with NFL baller Kroy Biermann born May 31. 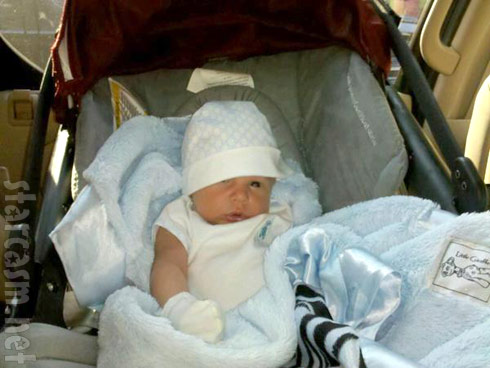 Kim first shared photos of little KJ with Life & Style last month (Kim knows the value of a photograph – just ask Andy Cohen) but since that time she has been generous to her Twitter followers with numerous photos of lil Kroy-boy. The photo at the top of the post was accompanied by the caption, “My favorite thing!! Playing w/ baby KJ! Isn’t he the cutest!!” and the one above simply had the words, “Baby KJ.” Here’s another one that demonstrates daddy Kroy has some daddy skillz: 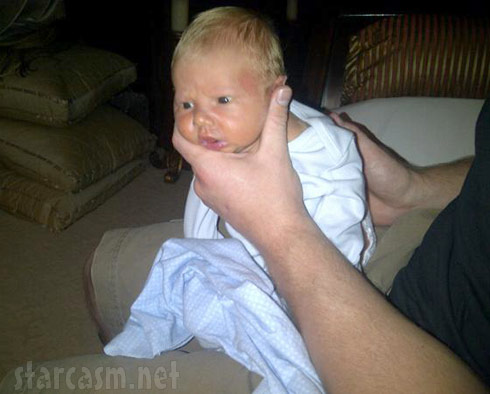 Kim having a newborn child is bound to change the whole dynamic of The Real Housewives of Atlanta because you just can’t call the mother of a 2-month old a “trash box” or pull her wig at a bar… Can you? Plus, we might get to see Kim and Phaedra team up as the most powerful (and unlikely) newborn mother duo in all of reality television! “Everybody knows” that nothing bonds two women like just having a baby!

And here’s a parting shot of the happy couple Kim Zolciak and Kroy Biermann – congratulations to them both and I look forward to getting to know them (and little KJ) better this coming season! 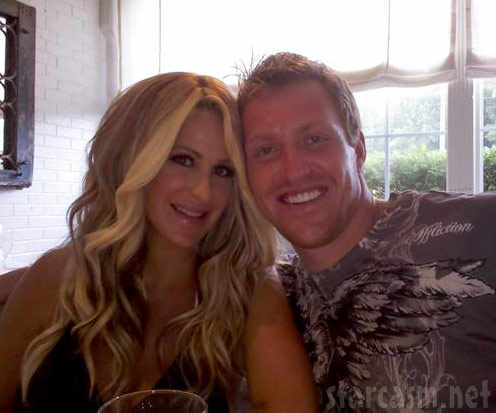