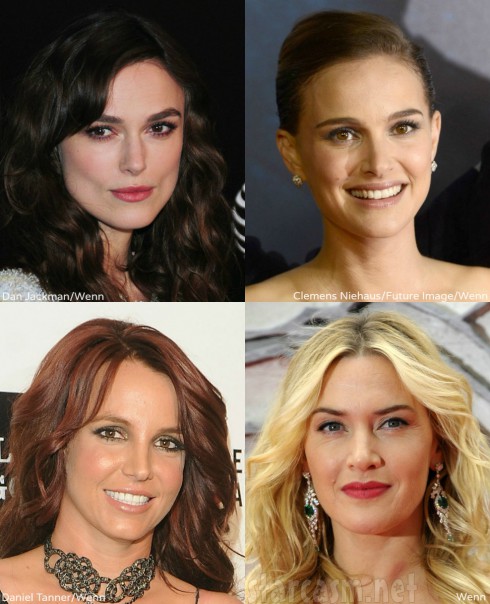 For the record, Keira Knightley is in the upper left corner of the picture. Also shown are Natalie Portman, Britney Spears and Kate Winslet — all of whom Keira has been mistaken for on several occasions.

Keira revealed her surprising (apparent) look-a-likes during a recent episode of The Graham Norton Show. As for the most understandable look-a-like, Keira said she gets confused for Natalie Portman quite often. Considering Keira’s role in 1999’s Star Wars Episode I: The Phantom Menace was to act as a decoy for Natalie, the mass confusion about their appearances makes sense. 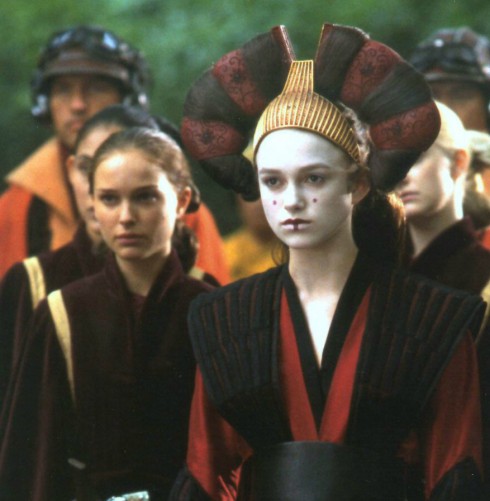 “I feel quite sorry for her because she must get chased a lot because it’s happened like five times where someone’s been like ‘NATALIE, NATALIE, NATALIE.’ And I’ll sign and take a picture as Natalie,” Keira said of her primary doppelgänger, Us Magazine reports.

Another actress Keira is less commonly mistaken for is fellow Brit Kate Winslet. But that’s definitely not the most far-fetched person Keira’s been taken for…

“The one that’s surprising is Britney Spears. I get quite excited because I quite like the idea that I could do like that [mimes shimmying], which I can’t do,” Keira said, adding it wasn’t even a one-time mistake. “I’ve been Britney Spears three times!”

So what does she do when those mistakes are made? Sign an autograph as the person and pose for a picture!