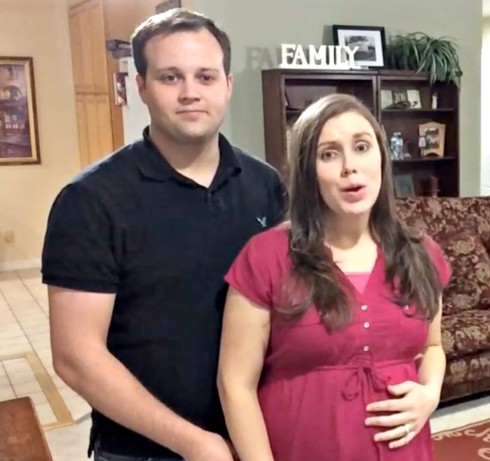 The Duggar family likes to say they never spend on items they can’t cover with cash, but oldest son Josh Duggar and his wife reportedly still found themselves in debt with approximately $14,000 owed to the state of Arkansas in back taxes.

According to documents obtained by Radar Online, Josh and Anna Duggar owe $13,654.84 for unpaid taxes from 2009 until 2012. In the “certificate of indebtedness,” deputy director Timothy J. Leathers cautioned that the debt has “the same force and effect of a judgment at law and shall constitute a lien upon a real and personal property of the taxpayer.”

The closer look into Josh and Anna’s finances began last week when InTouch reported the parents of three (plus one on the way) were hit with a tax lien in January for $3,746.20 in unpaid taxes, which is the amount they owed for 2012. Josh told the magazine they’ve since paid the taxes, but a Washington County Circuit Court clerk told Radar that doesn’t seem to be true.

“When a lien is paid, the state will send a release of lien to be filed,” the clerk said, explaining that hasn’t happened.

Maybe the pair should freshen up on the “Money Doesn’t Grow On Trees” video Josh’s parents promoted earlier this year!