UPDATE: Stephanie Santoro’s mom is speaking out about Stephanie’s relationship with Jon. Read about it here.

Here’s a big batch of photos of Jon Gosselin’s latest young hot thang from myspace. Radaronline documented Jon Gosselin’s weekend hookup – staying after closing time at the bar Legends of Reading Saturday night and eventually driving home with 23-year-old part-time waitress and single mother Stephanie Santoro. The site says Santoro stayed the night in the guest apartment over the garage, but we all know Jon’s got a fun tunnel that goes from the apartment to the main house! (Would that be a funnel?) The next morning radar online says, “Stephanie stuck her head out at approximately 7:15 a.m. Sunday, wearing the same outfit as the night before. Jon called her back in and soon they left in separate cars.”

The site also revealed that Stephanie has been a babysitter for Jon and his kids in the past! I can imagine the drunken conversation at the bar:

Jon: Ur soooo hot. I have 23 childrens. They like boobies.

Here is a photo I dug up online that had the caption “Stephanie, Jon(From Jon and Kate plus8) and I Stephanie and I met Jon at legends!” Hmmmm. The photo looks to have been posted about a year ago: 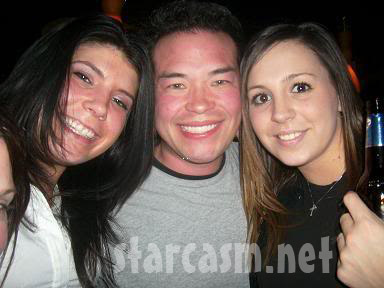 And here are a group of photos of Stephanie from myspace: 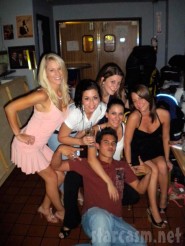 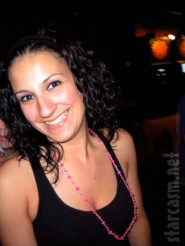 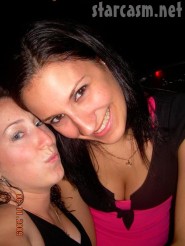 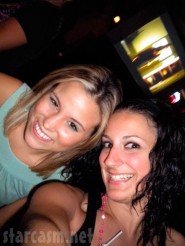 To see photos of Jon, Stephanie and the kids, click here.