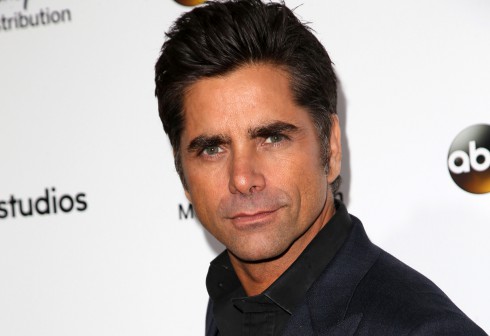 Have mercy, Uncle Jesse! The Fuller House star was arrested on Friday night for DUI in Beverly Hills.

The Beverly Hills PD received multiple calls from concerned citizens regarding a reckless driver. The calls came in around 7:45 p.m. Police responded and pulled over the vehicle at the busy intersection of Santa Monica Boulevard and Beverly Drive. There, they found John Stamos alone in the car.

In addition to being pulled over, paramedics arrived on the scene where they assessed the 51-year-old. He was cited for DUI but then released to the care of the hospital for a possible, yet unknown, medical condition.

Stamos is slated to appear in a new sitcom called Grandfathered, airing this fall on Fox, in addition to Fuller House on Netflix.

In the past, John has been up front when it comes to public intoxication. In 2007, he was interviewed about his erratic behavior while appearing on an Australian talk show. Rather than blaming it on illness or jet lag, Stamos straight up admitted, “I’ll be honest, I was drunk.”

Considering how active John is on Twitter and the fact he has two TV shows to promote for the fall, we can only assume he will address this incident once the dust settles.

He will appear in court on September 11.

PHOTOS Who is Norma Stitz? Does she have the largest breasts in the world?

Fuller House: Uncle Jesse and Aunt Becky are still together