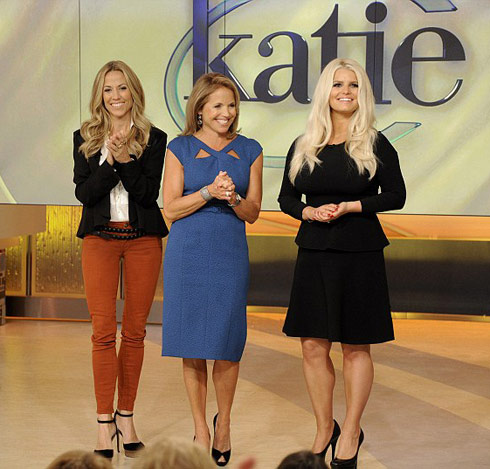 Jessica Simpson made an appearance on Katie Couric’s talk show Katie earlier this week to show off the fact that she has lost 40 pounds since the birth of her and husband Eric Johnson’s daughter Maxwell in May. Although Jessica looked great as she modeled her slimmer, trimmer frame in a long-sleeved black top and matching skirt, it was a photo she shared of newborn daughter Maxwell that has the internet abuzz this week.

In the photo (seen below), four-month-old Maxwell is seen wearing a yellow bikini, which has a number of people and organizations upset. 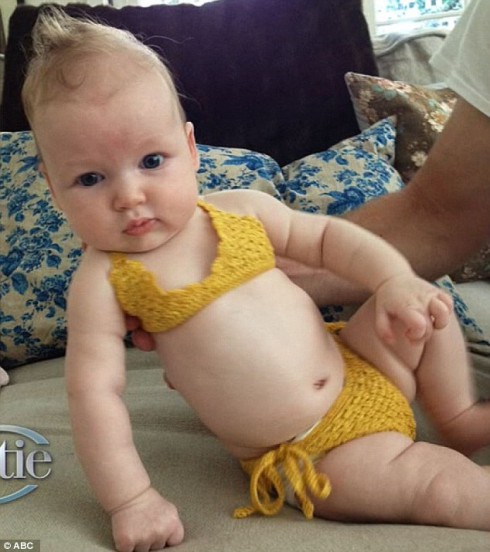 Claude Knights, the director of British child welfare charity Kidscape, said Monday: “It is very disturbing to see a young baby presented to the world wearing a bikini. Celebrity choices carry great influence, as can be seen by the manner in which their accessories and behaviours are copied widely. It is to be hoped that parents will understand that ‘baby bikinis’ are totally inappropriate, and that they contribute to the sexualisation and commercialisation of childhood. We should not be compromising the sanctity of our children’s early years.”

And as you would imagine, the image created a backlash firestorm on Twitter as well.

So what do you think? Is dressing a baby in a bikini inappropriate or are folks just overreacting?