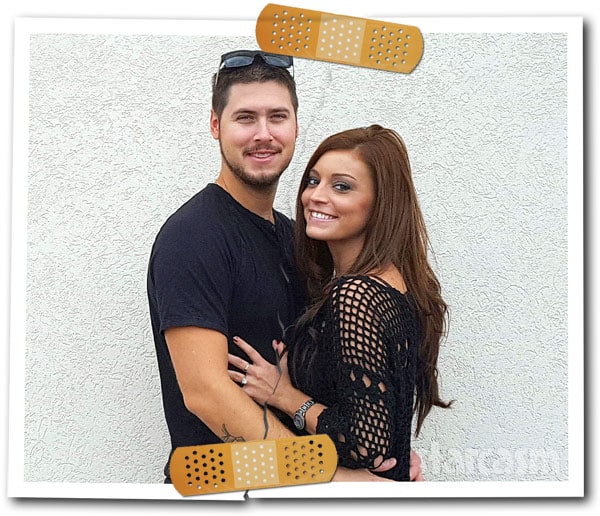 Wehremy is back! Just nine days after Teen Mom 2 dad Jeremy Calvert and fiancee Brooke Wehr not-so-subtly revealed they had split up, they both not-so-subtlerly reveal they are back together!

Brooke was the first to announce the Jereconciliation on Instagram by sharing a link to a story claiming that their break up was because of the bonus scene from the show in which Jeremy is edited by producers to make it appear as though he said their engagement was “not that serious.” Actually, Brooke didn’t share a link, but a screen cap of the link along with the text: “This is not the reason we ever broke up.” In the caption, Brooke iterates her point:

I keep seeing these articles and that scene is not the reason that we ever broke up lol. Just to clarify

A shocked commenter replied “I didn’t even know y’all broke up ?” Brooke responded by writing: “for like a day lol.”

Jeremy followed with his own Instagram photo that not only included a picture of him and Brooke together, but also included the MTV and Teen Mom 2 logos — seemingly suggesting he and producers have reconciled as well? 😉 Here’s the photo followed by Jeremy’s rather verbose caption expressing his love and admiration for (and frustration with) Brooke: 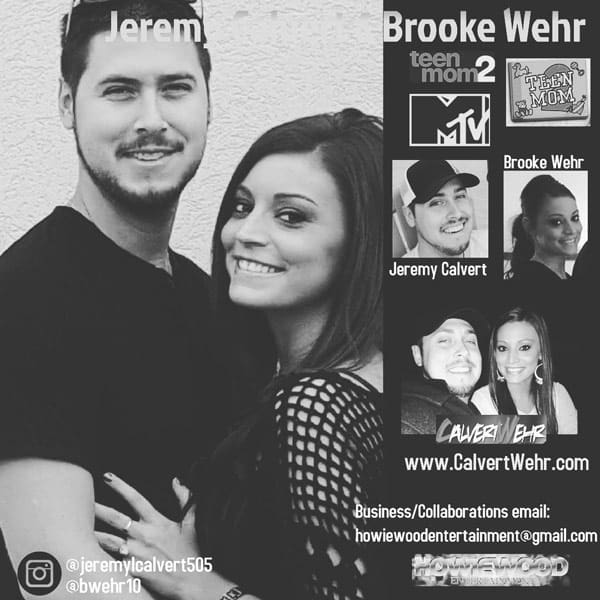 Yes we have r fights and yes we have are arugements and short break ups but we still continue to try and make it work everyday. Life and relationship arent easy on a day-to-day basis and never less with a camera in ur face, your a great step mom to my child and the only female she has been around and that makes me happy and i want it to stay that way for her sake. Your a amazing mom to your little one also. No matter what i love you even during the fights and arguements. Some times u bother me like no other and other times i want u to bother me for the rest of my life… i love you @bwehr10

Congratulations to Brooke and Jeremy! Let’s hope they continue to bother each other (to a lesser degree) for the rest of their lives. 🙂

Drew Barrymore engaged to Will Kopelman