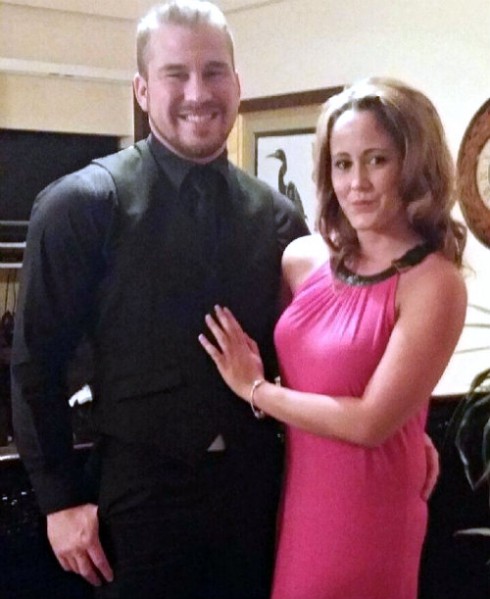 “I was completely shocked,” Jenelle told MTV. “I think I had an idea he would probably propose to me here, but I didn’t know when during the week he was gonna do it. And I didn’t know what was gonna happen or anything. So it was like expected, but unexpected.”

Jenelle explained the engagement went down during a family dinner at a “fancy restaurant” in St. Thomas. After everyone was done eating, Jenelle said Nathan asked for attention.

“[Nathan] just tapped his glass, stood up in front of the whole restaurant, and made this big speech,” Jenelle said. “How he loves me, he wants to be with me for the rest of his life. And he’s really happy. And then he got down on one knee and proposed in front of everyone.”

To seal the deal, Nathan presented Jenelle with a stunning ring.

After Jenelle tweeted “Tolkowsky diamonds aren’t cheap,” several people speculated that MTV pitched in to cover the cost of the ring and the vacation — because last most of us knew, Nathan didn’t have a full-time job. However, knowledgeable sources told The Ashley’s Reality Roundup that Nathan’s funding everything on his own.

“There’s no way MTV would pay for Jenelle and Nathan to go on vacation. No way,” one insider said. “People seem to think that the network pays for everything that these girls do, which just isn’t the case. Shockingly, they are telling the truth — Nathan actually did pay for the trip. He paid the bill for the airfare and hotel stay for everyone, except the film crew obviously.”

Before the Sea Trek and the crew

Another insider explained MTV will cover “up to a certain amount” of meals that are filmed, but that’s usually it. (Of course, the girls and other show regulars get paychecks.)

“So maybe the dinner bill was picked up,” the second source said. “But anyone that thinks MTV would pay for an engagement ring is completely wrong.”

So, how is Nathan swinging such a lavish trip and ring? Apparently he is doing a new job in addition to attending college classes. The Ashley said more information about that will be shown on the upcoming season of Teen Mom 2 — along with footage from the proposal.