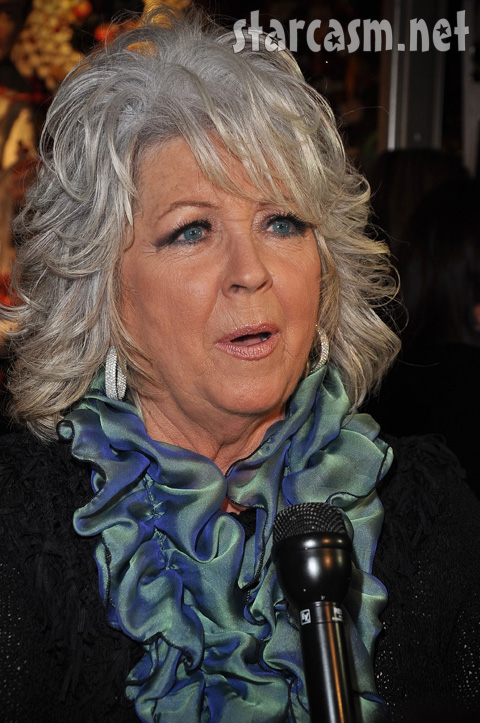 The average person risks their health by just watching an episode of one of Paula Deen’s butter and sugar laden episodes featuring southern cooking, but Paula (who has a mini-orgasm every time she tastes one of her delicious-but-deadly concoctions) is always adamant that her health is doing quite well-thank-you-very-much.

When interviewers like Barbara Walters on The View question if she feels any responsibility to combat the nations growing obesity epidemic (especially among children,) Paula defensively cites her stellar cholesterol report, and says her food includes more vegetables than the average American diet.

But there might be something she isn’t telling us. Her cholesterol might indeed be fine, but The National Enquirer (via limelife.com) claims that she’s secretly hiding a Type II diabetes diagnosis. “Despite her condition, Paula continues to tout butter-rich recipes with high fat ingredients that experts say can lead to diabetes – even though sources say she’s under doctors’ orders to steer clear of those foods.”

Apparently the 64-year-old cook, who started her now empire as a catering service in Savannah, Georgia, was diagnosed with Type II diabetes a few years ago. According to the source, she refused to follow a health diet after the diagnosis, but her husband eventually convinced her eat more healthily (at least in private.)

If people learn that Paula Deen has a health problem that is a direct result of eating the kinds of food she prepares, then it might significantly damage her brand. The essence of everything she does is decadence, so if would be hard (but not impossible) to turn around and start touting diabetic-friendly and/or health conscious alternatives to Southern staples. Not being open and honest about her own health is also being irresponsible to her fans.

Here’s some compelling video evidence that Paula may very well have given herself diabetes through eating: