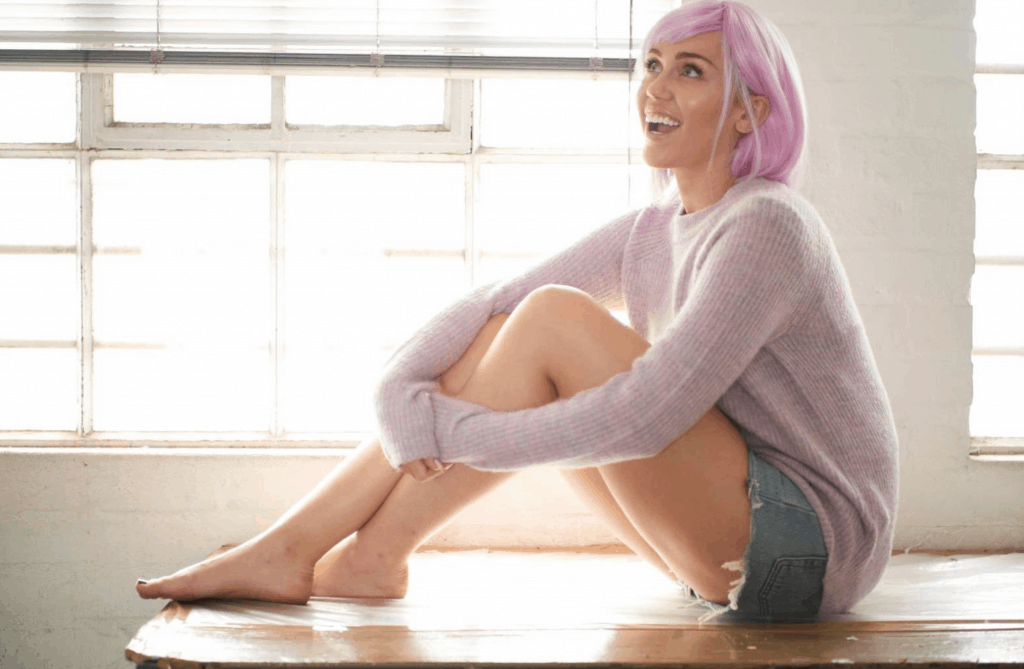 The highly anticipated fifth season of Black Mirror dropped last night with a sparse 3 episodes. The last episode, “Rachel, Jack and Ashley Too,” stars Miley Cyrus in a dystopian version of her own life as a Disney actress and pop star. Of course, the details of pop star Ashely O end up turning very bleak, but how much of this Black Mirror episode is based on real life? (Spoilers below)

The character Ashely O is a bright, candy-colored hair singer who’s marketed towards young girls and spreads messages of positivity and following your dreams. Rachel is one of those young girls who feels inspired by Ashely O and even buys a robot programed with Ashley O’s brain. The robot inspired Rachel to pursue dancing and to even transform herself into a version of Ashley to perform at her school’s talent competition. There was no horrifying Carrie-like humiliation to come from this performance, just a minor fall at the end that no one seemed to no one seemed to notice but Rachel.

The true nightmare was happening with the real Ashely O, who was trapped in a prison by her manager, who also happened to be her aunt. There was intense pressure to keep the persona of Ashley O performing up to par with the past – including churning out new, upbeat material. The only trouble is that the real Ashley O was miserable. Her inspiration led her to write depressing songs and the team of people around her were trying to keep her drugged up so she could continue to produce and perform. 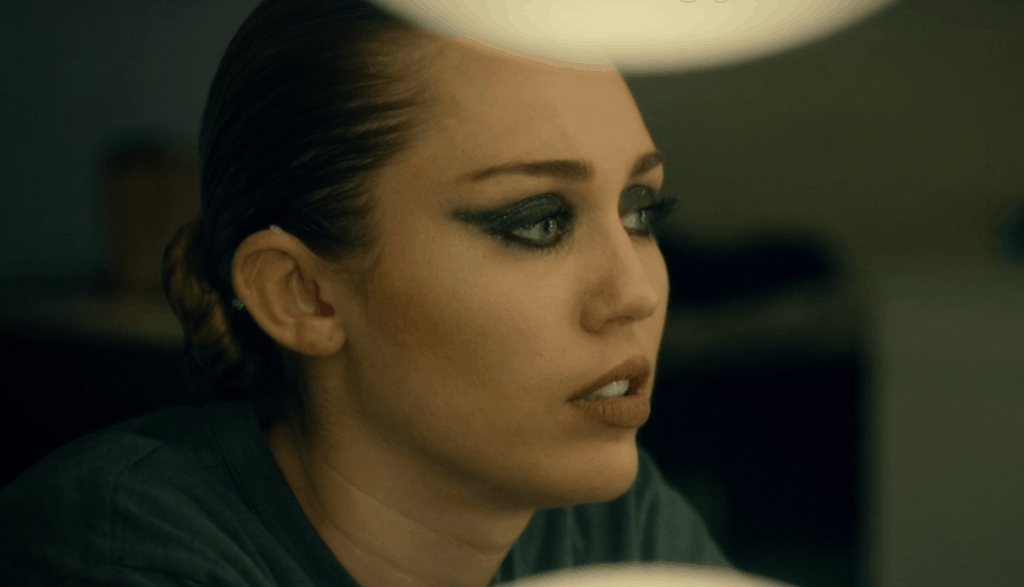 Ashely would palm and collect the pills they fed her, and wrote her secret feelings about her situation in a diary. Of course, she couldn’t keep her secret up for very long. Soon enough her aunt used her pill stash to put her in a coma, where her brainwaves were used to write new music. Her team worked to create a hologram of Ashely O and spun the amazing story of the comatose Ashley still writing music to sell more of her brand.

“There is a part of Ashley O that is not a character,
Miley told The Guardian. “I worked closely with Anne [Sewitsky], the director and the show creators to share some of my personal experiences and help craft the episode.”

The basic storyline of Ashely O, minus the coma and writing songs while unconscious, does seem to be loosely based on Miley experience being a part of the Disney “Hannah Montana” machine as a child and breaking free as a young adult to be more sexually explicit, experiment with drugs, and just do her own thing with music. Of course, we see this narrative again and again with female pop stars, so it’s more of a general idea that solely based on Miley’s story. It’s about how fame dehumanizes the person in order to turn them into a consumable product. In Ashley O’s case, they find a way to diminish her personal freedom entirely and continue to exploit her creativity. It’s an incredibly creepy concept that thankfully has not happened in real life (yet.)

What has been happening in real life for some time now is bringing back dead singers to perform again in the form of holograms. Beloved legends like Tupac, Michael Jackson, and Amy Winehouse have been on tour as holograms performing “live.” It’s a different thing than watching a projection on the screen, but it’s not so different in that it’s a recording. It’s a replay of something that’s happened before. The Ashley O hologram was different. It was a performance of “new” material using someone else’s body to make the holographic version of Ashley move and interact – which takes the Hologram to a new level.