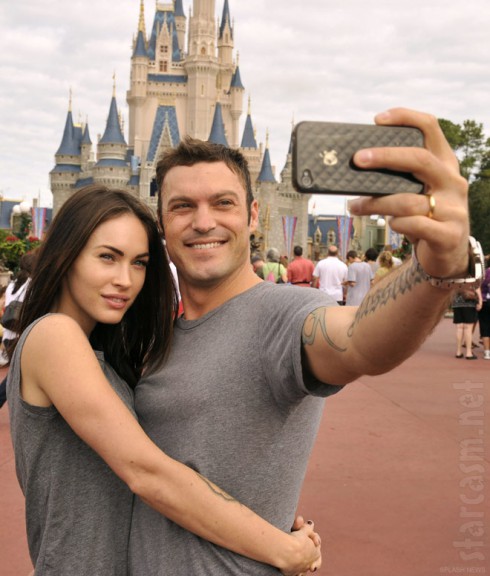 So who’s ready for a little fox cub? E! News is confirming recent rumors that 25-year-old actress Megan Fox is pregnant! Star magazine (Radar Online) first broke the story on March 28 with an insider stating, “They just found out and are incredibly excited.”The source added that the pregnancy was unexpected and the two were trying to keep it hush hush. “It’s still early, so they are only telling close friends and family members,” the source said at the time.

The child will be Megan Fox’s first and Brian Austin Green’s second. Megan has become the stepmom to Brian’s 10-year-old son, Kassius, who he had with ex Vanessa Marcil.

“Megan has become a great stepmom, and Brian knows she’ll be wonderful with the baby,” the Star source added. “She has really grown in the past couple of years. Megan used to only be concerned with her career, but now family comes first.”

“I want at least two, probably three kids,” Fox said in an interview in the April issue of Cosmopolitan magazine. “I’ve always been maternal.”

Congratulations to Megan and Brian!

On a side note, Ellen might need to start being a bit more careful who she scare the buhjeezuz out of on her show! Here’s Megan having a frightening encounter with a banana:

Blue Ivy is growing up quick! See what she looks like now

When is Kate Middleton and Prince William’s baby due?