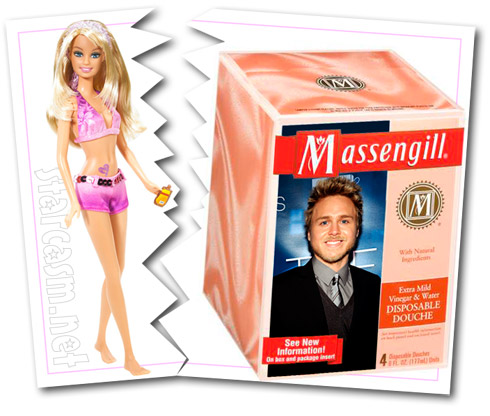 Perhaps a mutual desire for attention isn’t enough to make a marriage work  as this decade’s biggest fame-mongering couple, Heidi Montag and Spencer Pratt, are reportedly calling it quits!

Spencer and Heidi, or “Speidi” as they are not-so-affectionately called in the media, rose to fame as cast members of The Hills and the two have become notorious for their off-screen publicity stunts that have included working at Taco Bell, claiming 911 was an inside job, appearing on I’m A Celebrity Get Me Out Of Here and “sneaking off” to Mexico for an unannounced wedding only to get married again – this time legally – in California.

It appears that all of the fame-mongering may have gotten to be too much for the surgically-enhanced “actress“, whose rep tells TMZ, “Heidi is looking to move out due to all the fake bad press that Spencer controls. She’s tired of it and is looking for a place and wants to focus on her acting career.”

Another source close to Heidi tells the site that the couple has been having problems for some time now and that, “It wasn’t just a sudden thing.” That seems to be supported by Heidi Montag’s recent tweets on May 25 that include:

“You will get to know the true me and my REAL life VERY soon, under all my plastic haha! Not the Superficial “me” you read about and watch!!!” And later the same day she tweeted, “PS: I am not Heidi Pratt, I am Heidi Montag.”

Let us not get too optimistic. Remember, this is Speidi that we’re talking about here. A public break-up sounds like a chapter from the couple’s book, How to Be Famous: Our Guide to Looking the Part, Playing the Press, and Becoming a Tabloid Fixture.

But, in case this is indeed the end of Speidi, let me offer up a brief photographic journey down memory lane. Just the possibility that the two are splitting up makes it almost possible to enjoy them now….

(Some background music for your emotional journey)