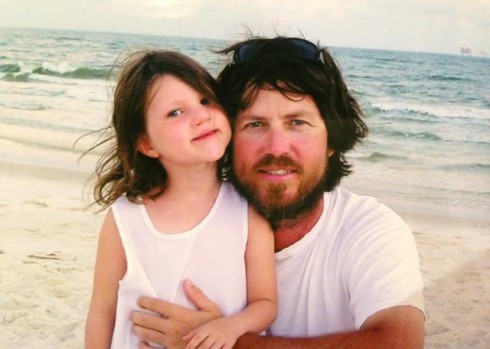 Over the course of five seasons fans of Duck Dynasty have gotten to know the Robertson men and women quite well — but tonight’s Season 5 finale will turn the spotlight on one of the children, Jase and Missy’s youngest daughter Mia. At only 11 years old, Mia’s already had 5 surgeries for the cleft palate she was born with, but she’s never let any of that slow her down.

According to a recent interview, Mia says the surgeries really don’t scare her. She’s been there, done that, and she has amazing support

I honestly was never scared about having surgery. It wasn’t the first time, you know?” shares Mia, who had her first operation at 3 months old. “Besides, I had my mom and dad with me, and I knew God would be with me the whole time. 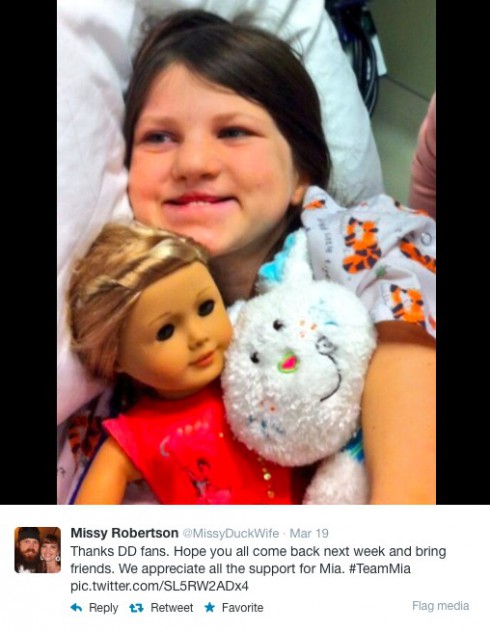 She also wants other kids who have to go through similar surgeries to be able to benefit from her experience. The toughest part, she says, is not being able to eat Chic-fil-A strips for 3 months; but, jumping the gun isn’t the answer.

“I would tell them not to worry, it’s not that bad. And don’t go crazy and start chewing or you’ll have to do it all over again!”

Our silly picture we took to cheer up Mia before surgery. She's either asleep or embarrassed. #DuckDynastyFinale pic.twitter.com/bohwFWA2mq

Mia’s has not just offered moral support to other children with cleft palates, though. Her story inspired the creation of the Mia Moo Fund, Cleft Lip and Palate Foundation, which raises awareness and helps to fund research for children with cleft lip and palate issues.

Mia’s fifth and most recent surgery was in January, and the family says that her recovery is going great. According to Daddy Jase, the worst part for him was watching them take her into surgery. Since then, everything’s been looking up.

The hardest part was handing her off to the surgeons, knowing she was about to go through a lot of pain and suffering, even though I knew it was for the best, . . .The fact that she has healed so rapidly and responded so well to the results has made this surgery far easier to endure than we expected.

That’s great news! Kudos to Mia for handling all of this with such grace and good humor, and for being willing to share her story with millions to help raise awareness!

And speaking of raising awareness, be sure to check out the song “Angel Child” performed by Mia’s mother Missy Robertson with writing help by Cassie and Gary Chapman!

Also be sure to tune in to the Duck Dynasty Season 5 finale episode “Stand By Mia” tonight at 10/9c on A&E.

She can chew! Thanks for your prayers. Now, where is the nearest @ChickfilA?! #Blessed pic.twitter.com/OwoEO0ItCw

Duck Dynasty creators under investigation for fraud, put on leave of absence