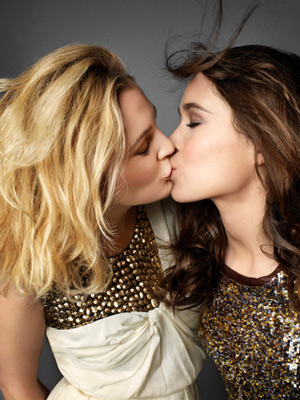 Marie Claire did a cover story about the relationship between Drew Barrymore and Ellen Page. It involved a touchy-feely photo shoot (which included kissing!) and an article written like a thinly veiled lesbian romance novel. Here’s a juicy detail: 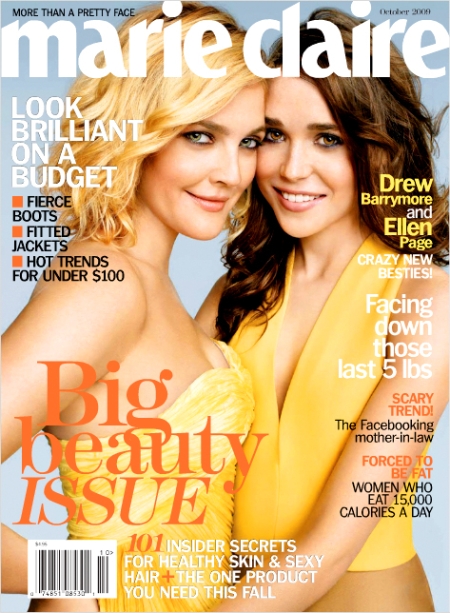 “Shoehorned into a banquette on the sun-drenched patio of a Mediterranean joint in Manhattan’s West Village, Drew Barrymore and Ellen Page can’t keep their hands off each other.”

Also, they are in a movie together, but that’s besides the point. The movie, Whip It, is a rollerderby film, which is kind of lesbainy. They’re just playing to the demographic. I remember back in the ’90s when Drew used to be a self proclaimed bisexual. She used to romp around braless with flowers in her hair and drawn-on eyebrows flashing David Letterman. Those were the days. Drew might be trying to get back some of that old magic.

The two PDA enthusiasts just celebrated their birthdays together in Vegas (Barrymore is 34, Page is 22) but I doubt they did more than canoodle. This seems like a giggly girl-crush ramped up to look like more to sell copies of Marie Claire and tickets to the movie, Whip It.

If this does turn into the second coming of Lindsay and Samantha, there will probably be less crack-fueled tweets, jewelry heists, and Coca-Cola product placements.