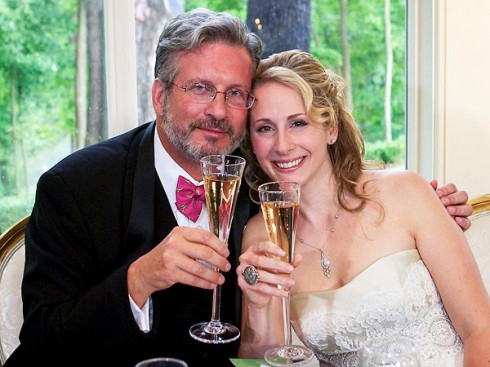 Dr. William Petit tragically lost his two daughters and wife in a terribly brutal murder 6 years ago, but he’s finally starting to rebuild his life.

People reports that his new wife Christine is pregnant with their first child. “Christine is 22 weeks along and is due the first week of December,” Rick Healey, their spokesperson confirmed. Dr. Petit himself commented to his local Connecticut television station WFSB “I’m very excited. Children are always your jewels.”

He married Christine in 2012 after becoming engaged in 2011, and his late wife’s family has been very accepting of his new wife. “I feel like I really lost a close friend when I lost my sister,” his late wife’s sister Cindy explained to Katie Couric. “But I also feel I gained almost a bit of a new sister when I gained Christine into my life, and she’s just been wonderful.”