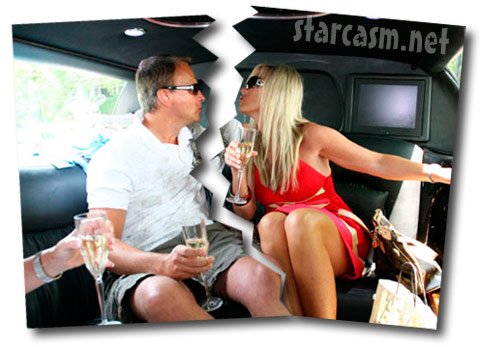 The Real Housewives of Orange County has another marital casualty on their hands as OC matriarch Tamra Barney and her husband Simon Barney officially filed for divorce Wednesday, January 6.

Previews for tonight’s episode feature Tamra in tears as she explains that she and Simon are headed for divorce. According to Radar Online Tamra moved out of the couple’s home earlier this week and was living in a two-bedroom apartment when the papers were filed. The site reports Tamra was unaware that the divorce papers were being filed.

As far as the reason for the divorce, Simon Barney wrote, “Petitioner contends that Respondent has been verbally abusive and has committed acts of disloyalty and infidelity.” Infidelity?!? Has Tamra the pot been calling Gretchen the kettle black all season? I’m sure we will be hearing more about that soon!

The Barneys had been together for 11 years and had three children. Tamra had infamously chronic traffic law breaking son Ryan Vieth prior to marrying Simon, and that step-father/step-son relationship was a huge contributor to the breakdown of the marriage, at least according to what we’ve seen on the show this season.

READ ALL THE DOCUMENTS FROM RADAR ONLINE BY CLICKING HERE.