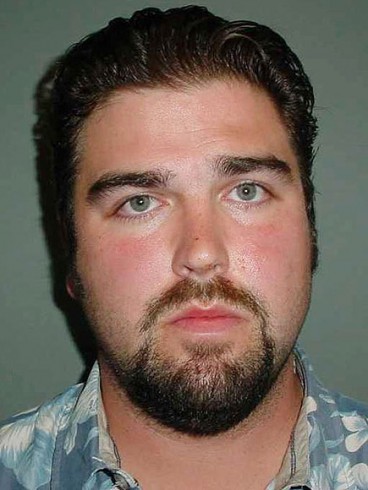 Tonight’s 20/20 delves into a strange case of a wannabe actor who thought he could act his way into getting away with murder. Daniel Wozniak was arrested at his bachelor party after his elaborate scheme to get away with a double murder failed. The unemployed community theater actor was desperate about money, and decided to get it by murdering his veteran neighbor Sam Herr (26,) who had disclosed to Wozniak that he had $60,000 saved from his service in Afghanistan. 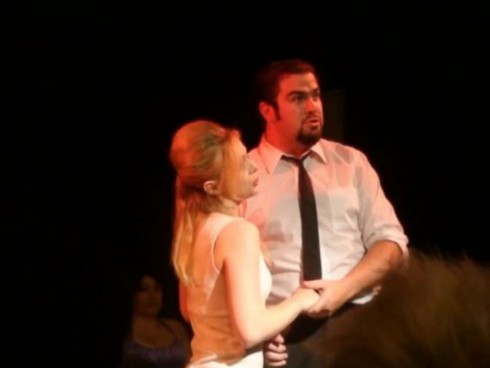 Rachel Buffet and Daniel Wozniak performing together the night of Sam Herr’s murder.

He lured his neighbor to the attic of a nearby theater, shot him in the head twice, and then drove to another theater to perform the lead in a musical that same night. He then used Herr’s phone to text Julie Kibuishi (23,) a college friend who’d been helping him with an anthropology class. Herr had previously texted Julie that he’d be going to his parents for the weekend. Wozniak, posing as Herr, texted Kibuishi that he was having family problems, and begged her to come over at midnight to console him.

When Kibuishi arrived, thinking she was helping a distraught friend, she was shot by Wozniak, who then staged her body to make it look like she was sexually assaulted. Herr’s father later discovered her body. He’d come over to check on his son because he didn’t show up at their house as he had planned to. When he saw the young woman in his son’s apartment, he immediately thought his son was responsible. 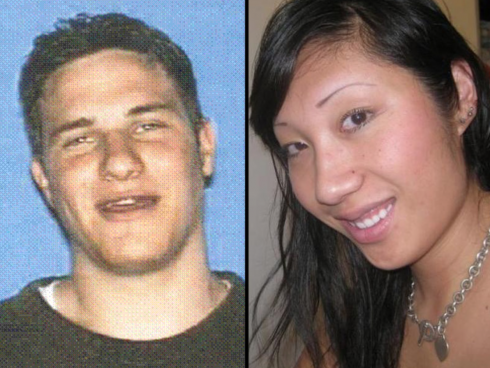 Police began a search for Herr, whose remained had by now had been dismembered and scattered around a park. They couldn’t find Herr, but did find someone in a nearby town using his card to make ATM withdrawals and order pizza. ATM videos led police to 16-year-old Wesley Freilich, who had been coerced by Wozniak into making the withdrawals. Freilich immediately told police everything he knew. Wozniak had convinced him to use the card for him, telling him he could order pizza for his friends with the card if he helped him withdraw money. “He had an actual folder of paperwork … saying that this was all legal and that since I was a minor … I can’t be charged,” Freilich said. “And that’s when he pulled out the ATM card and gave me the instructions to withdraw the full amount, and to make sure I wore a hat and glasses.”

When Daniel was first questioned, he claimed that he watched Herr kill Kibuishi, but admitted he had killed them both after speaking to his fiancée Rachel Buffett. “I’m crazy and I did it,” he told police. Daniel has said “money and insanity” made him do it. “Mainly it was the money, and it seemed so easy.”

Daniel will be sentenced March 11. In January his jury recommended the death penalty. His former fiancée Rachel Buffet has been charged with being an accessory after the fact and lying to police, charges she says she’s innocent of. She was due in court today for a pre-trial hearing. 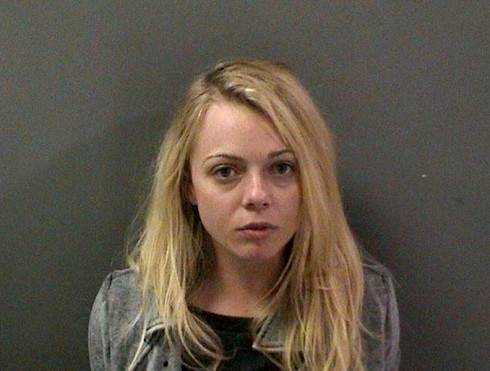