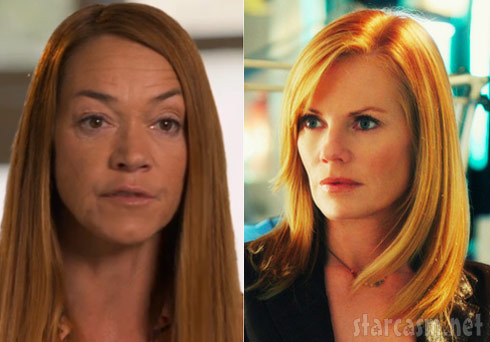 TNT’s real life crime drama Cold Justice premiered Tuesday night to strong ratings as it brought in nearly 3 million viewers. The two stars of the show are prosecutor Kelly Siegler and retired crime lab expert Yolanda McClary. If history is any indication, it might have been predictable that Cold Justice would do well because, as it turns out, McClary has a direct link to a long-running and extremely popular TV character.

Legions of fans of CBS’ mega-hit CSI: Crime Scene Investigation love Catherine Willows but they may not be aware that the fictional character, portrayed by Marg Helgenberger, was directly based on the real-life Yolanada McClary.

Helgenberger received two Emmy and Golden Globe nominations for her portrayal of the forensic scientist. Her continuous run on the show ended in 2012 but it was verified that she would be returning for the 300th episode.

Yolanda McClary worked for the Las Vegas Metropolitan Police Department for 26 years and 16 of those years were dedicated to working in the crime lab. She has investigated over 7,000 crime scenes which consisted of murders, suicides, accidental deaths, fire deaths, traffic fatalities, robberies, sexual assaults, batteries, domestic violence, narcotics, vice, burglaries, etc. — she’s seen it all.

During the last two years of McClary’s career, she solely worked on crimes to not only catch the perpetrator, but also to be able to link them to multiple cases for prosecution. She investigated these crimes in conjunction with the Las Vegas Metropolitan Police Department, Henderson Police Department and North Las Vegas Police Department.

She has an Associate of Arts degree from College of Southern Nevada and a Forensic Science Diploma from American Institute of Applied Science.