Baseball slugger Mark McGwire stood in front of congress March 17, 2005 and refused to answer their questions about whether or not he used performance-enhancing drugs, and he has maintained his silence since. But, the slugger who helped rejuvenate America’s interest in baseball with his exciting slugging race against the Chicago Cubs’ Sammy Sosa in pursuit of Roger Maris’ single season homerun record, issued an official statement Monday admitting to using steroids.

“I remember trying steroids very briefly in the 1989/1990 off season and then after I was injured in 1993, I used steroids again. I used them on occasion throughout the ’90s, including during the 1998 season. 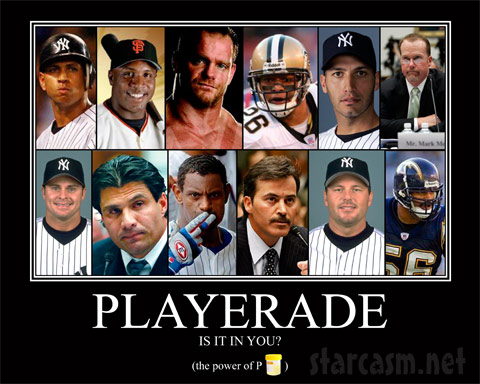 ESPN is reporting “McGwire also used human growth hormone, a person close to McGwire said, speaking on condition of anonymity because McGwire didn’t include that detail in his statement.”

The statement comes after it was announced Mark McGwire would be returning to Major League Baseball as a hitting instructor for the St. Louis Cardinals. That announcement was made on October 26, at which point the Cardinals organization stated McGwire would address questions at some point before spring training. That he did!

“Now that I have become the hitting coach for the St. Louis Cardinals, I have the chance to do something that I wish I was able to do five years ago.

I never knew when, but I always knew this day would come. It’s time for me to talk about the past and to confirm what people have suspected. I used steroids during my playing career and I apologize. I remember trying steroids very briefly in the 1989/1990 off season and then after I was injured in 1993, I used steroids again. I used them on occasion throughout the ’90s, including during the 1998 season.

During the mid-’90s, I went on the DL seven times and missed 228 games over five years. I experienced a lot of injuries, including a ribcage strain, a torn left heel muscle, a stress fracture of the left heel, and a torn right heel muscle. It was definitely a miserable bunch of years and I told myself that steroids could help me recover faster. I thought they would help me heal and prevent injuries, too.

Baseball is really different now — it’s been cleaned up. The commissioner and the players’ association implemented testing and they cracked down, and I’m glad they did.

I’m grateful to the Cardinals for bringing me back to baseball. I want to say thank you to Cardinals owner Mr. DeWitt, to my GM, John Mozeliak, and to my manager, Tony La Russa. I can’t wait to put the uniform on again and to be back on the field in front of the great fans in Saint Louis. I’ve always appreciated their support and I intend to earn it again, this time as hitting coach. I’m going to pour myself into this job and do everything I can to help the Cardinals hitters become the best players for years to come.

After all this time, I want to come clean. I was not in a position to do that five years ago in my congressional testimony, but now I feel an obligation to discuss this and to answer questions about it. I’ll do that, and then I just want to help my team.”

McGwire called MLB commisioner Bud Selig and current St. Louis Cardinals manager Tony LaRussa Monday to personally apologize for his decisions, he told the AP in a telephone interview later in the day.

OK, who’s in the batter’s circle now? Sosa? Bonds? Let’s get this over with and move on!

I’d like to take a moment to recognize the heroic actions of the cast of MTV’s Jersey Shore. They have taken a great risk by taking a stand against juicehead prejudices, breaking down decades-old conventions and making the American landscape a kinder, gentler environment for people like Mark McGwire. Perhaps now Mark will finally be able to get a “Blowout” hairdo like he’s always wanted, but because he was in the closet, he could never have.