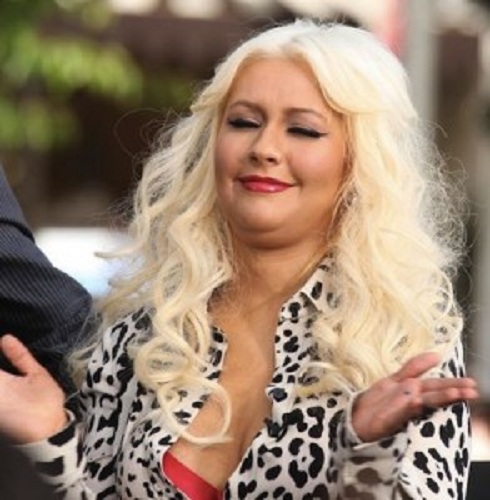 When Christina Aguilera first burst onto the scene, she was a tiny little thing with a big voice. Now, she’s a bit bigger and it hasn’t gone unnoticed. In fact, she’s taken a lot of heat for her weight gain, but she loves her new size and she’s shouting it from the rooftops. In fact, she thinks her debut size was a bit too thin.

During a recent video shoot, Christina was spotted rocking a pink wig and stripper heels, but what was most eye-catching was the cut out black mini she seemed to be ready to bust right out of. It caused an uproar over how someone so tiny could put on so much weight. What caused this weight gain? She’s been getting steadily bigger for a while now and while we love to see some health curves, we have to wonder, is she healthy? 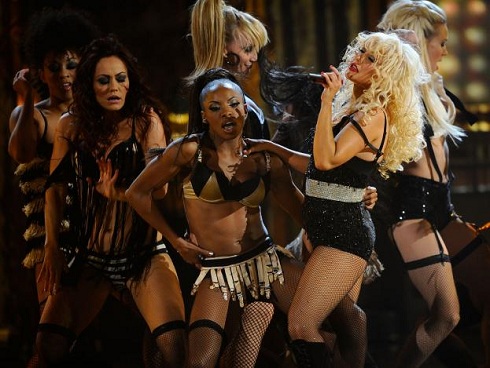 In a new interview with Lucky Magazine, Christina opens up about her weight journey. She reveals, “Actually, the challenge I’ve always had is being too thin, so I love that now I have a booty.” Christina also adds, “I love showing my cleavage.”

Her advice to curvy girls? “Hey, if you can work it and you can own it, that confidence is going to shine through.”

Ironically, The Voice coach has been feuding for years with Kelly Osbourne over what allegedly started with Christina calling Kelly fat. Kelly even revealed to Glamour Magazine that the pop singer had called her fat for years. A few months ago, the newly-thin Kelly fought back against the fat claims during an episode of Fashion Police, saying “F—k you. Now you’re fat too.”

The Christina vs Kelly beef may never end, but if Christina is happy with her new curves, more power to her.