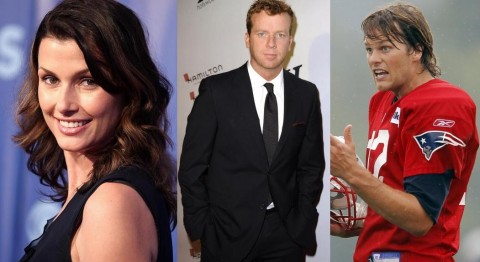 It’s been a long 5-years since Bridget Moynahan’s spiteful split with NFL QB Tom Brady.  Since that time Brady has grown a Bieber haircut and made a baby with supermodel Gisele Bundchen while Moynahan spun her love wheels waiting for a new Mr. Right.  Well it looks like Bridget has finally found love after T.B. with Charlie’s Angels director McG.

McG, real name Joseph McGinty Nichols, and Moynahan have been dating for months according to UK’s Daily Mail.  McG is the actresses’ first serious love interest since she broke the huddle from Tom the Terrific.  The two new love birds have to balance the demands of a long distance relationship due to Moynahan’s gig on the new CBS N.Y.C. police drama Blue Bloods.  McG, yes he actually refers to himself as McG, is based out of L.A.

Brady and Moynahan had a baby together and during the separation she very much played the role of devastated abandoned single mom.  At the time she stated:

“I’m not sure anyone – and I could be wrong on this – grows up thinking I want to be a single mom. When you’re suddenly pregnant and no one is standing by your side, it’s a hard conversation.”

Since the split she has come around with sources stating the two ex-lovers are civil for the sake of their son John.  I’m going to take a stab in the dark and guess that McG isn’t a big Patriots fan.