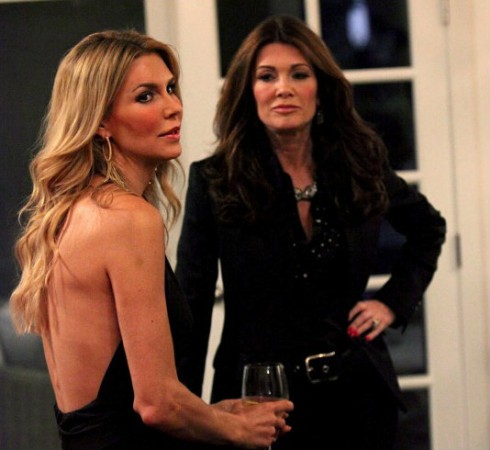 There are mixed reports on whether Brandi Glanville was fired from Real Housewives of Beverly Hills or left on her own volition. But one thing is clear: Brandi is not pleased with her former co-stars.

Talking to Howard Stern on Wednesday about Kyle Richards and Lisa Vanderpump, Brandi said she neither speaks to them nor likes them in real life. She continued:

Here’s what sucks, and this is why they’re c**ts. They are. Because they’re saying I got fired, I’m in the process of moving, trying to rent a house for my two children, and no one will rent to me because they don’t think I have a job. They’re like, ‘Are you sure you’re not fired?’ I’m like, ‘I have 10 other jobs, I have a new show that I’m gonna be doing that I can’t talk about yet, and a development deal with a really big network. So I have jobs, and I wasn’t fired from the Housewives. 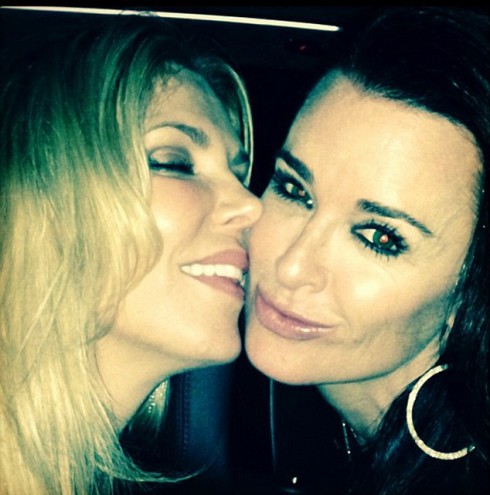 In the version of events she shared on Wednesday, Brandi said she decided to leave RHOBH because of the way she was edited during the last season — even though she said she was due to make more than $100,000 next season.

“Last year was a really tough year for me, because I felt like I played ball — you know, I gave my all to the show. And then when it aired, I felt like, ‘Oh my god, they did me no favors in the editing room.’ And I got really upset and a little depressed because of it,” she said, before admitting she does take some of the blame. “I was doing things to my own detriment that I couldn’t explain, like throwing wine in someone’s face. And then I slapped Vanderpump. I really don’t know why.”

Besides moving on with “a development deal with a really big network,” Brandi is also dating a new man, whom she seems to adore.

“The problem is, our physical relationship is so great, but we just don’t get along otherwise,” she said of her mystery boyfriend. “Like, if he didn’t talk, we would be together forever.”

Even though everything is going well now (other than the talking issue), Brandi admitted she tends to “sabotage” relationships because of her trust issues.

“I’m afraid of that again,” said Brandi, who really rose to fame when ex-husband Eddie Cibrian cheated on Brandi with his now-wife LeAnn Rimes. “I have to be strong and independent for my kids, and I can’t go through that again.”

The other problem with recent relationships, Brandi claimed, was her fame: “My dating life started to suck when I went on reality TV, because no one wants to date the crazy chick on TV. It’s scary for them. They either want to because I’m on TV, or they don’t want to at all.”

It doesn’t sound like that will be a problem…at least for a little while.

Do you hope Brandi’s other TV deals go through?