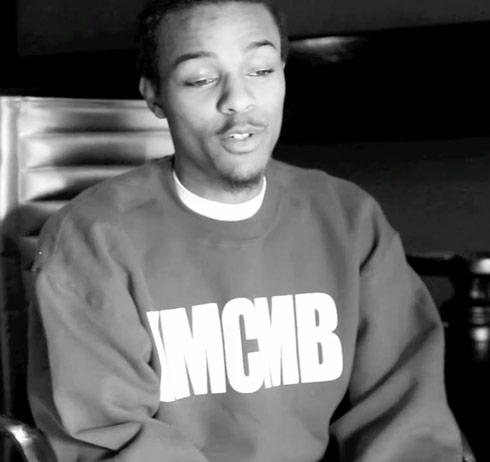 Back in December of 09′ I ran a post based on a MediaTakeOut report about a stunningly sexy video model who went by the name Miss Joie. It was being rumored that she was going to be the mother of rapper Bow Wow’s first child. Bow Wow, real name Shad Moss, didn’t respond to these reports until now as he’s penned a confessional letter to his fans that appeared on his official site Bow Wow Today.

The 24-year-old who went multi-platinum at the tender age of just 13 is now openly admitting that he’s a father to a little girl and he defends his position of silence because he wants her to be able to have a life outside the burning spotlight he’s been under. In addition to this confession the mega-star also stated he’s been struggling with life in general over the last three years and has, “even considered taking his own life.”

Here’s the letter in full:

“Let me start off by saying i love my fans. With out yall i wudda been left the game. For the past 3 years i been batteling life. Even thought about taking my own. I felt like as a kid i did everything and saw everything too fast which spoiled my adult years. I felt as if i had no purpose to live(Thinking selfishly) until god gave me the illest gift of my life. No lambo, no blk card nuffn ammounts to my lil girl. I waited so long to tell yall the truth because i was nervous on how yall would look at me. Yall know everyone makes a big deal out of everything i do. I wanted to be 1st n let yall know the real. My lil girl is getting BIG fast. i love every minute of it. She inspires me to go harder.Even made me treat my mother better, its like it made me into a man over night. Never been a fan of posting pix of my daughter. Reason is because i want my boo boo to have everything i didnt. Want her to be able to cheerlead with her lil friends with out some a–hole sticking his camera all in my lil girl face. I know how fame is. I missed out on so much that i now know how important it is to cherish and have those things in your life. Yes! I change diapers. Aint as bad as i thought hahaha. I want her to live with me so bad. Jus us 2. Thats my dream man but fellas yall know how it go. Baby gotta stay with they momma and all dat bull. I hate that! So i have to fly 5 hrs away to see her. I find myself going into my i phone book jus lookn at pix of her. Sometimes i tear up cuz i just cant believe it brotha be emotional. 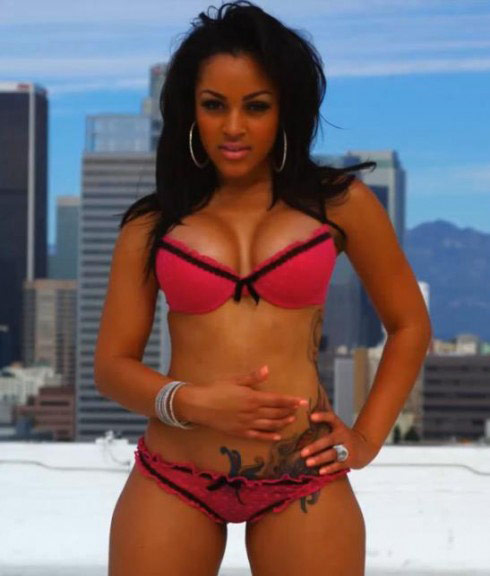 All in all im good. This is my 1st. I know all my fans gone support me and ride for her like yall been doin my whole career. To the ones that say ‘Im heart broken how can he do that to us’ well i do have a life thats not all about movies or making albums. Im 24 now. I cant wait 4eva. Im happy and if your a fan then ud be happy too cuz yall gone be with me every step of the way. The bs that comes with having a baby momma is expected. So i neva trip. Jus gotta suck it up keep chin high and try not let her get the best of my feelings by playin them stupid games. Ima stay positive and keep maintaining long as i got yall i cant lose. I love yall. And shai shai daddy love u too! Wizzle!!!!’

I’m giving propers to Mr. Moss because every bit of that letter comes off as real and heartfelt. He knows what it’s like to be engulfed in fame and he doesn’t want that for his daughter and I respect that all the way. The rapper recently called MTO (the site that initially reported about Miss Joie) out for posting photos of a little girl they stated was his but he denied:

“Picture on mediatakeout aint my daughter… Some bloggers f**king suck at they job. Get accurate info for once. Stop feeding people bulls**t.”

For more of a taste of what it’s like for Bow Wow in his life now check out this clip he released about running hard in the fast lane and the extremes groupies will go to just to get at him:

A grown up dose: Something More Than Free by Jason Isbell