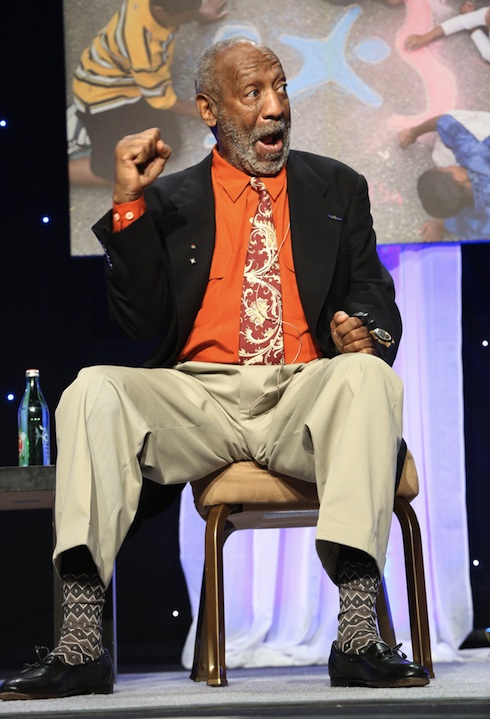 Lili Bernard, an actress who claimed Bill Cosby drugged and raped her in Atlantic City in the early 1990s, cannot file criminal charges against Cosby in New Jersey, the Atlantic City District Attorney announced today. New Jersey is one of the few states in which Cosby has been accused of sexual misconduct and which has no statute of limitations on sexual misconduct charges, and Bernard’s lawyer had been hoping to strike a blow against Cosby and in favor of the forty-five women who have accused him of predatory sexual behavior.

The difficulty, however, is that New Jersey did have a statute of limitations before 1996, which is also when Bernard claims that Cosby raped her.

Edwin J. Jacobs, Cosby’s New Jersey attorney, said in a statement that “Whatever [Bernard] was claiming was far beyond the applicable statute of limitations. That was my analysis and the analysis of the Atlantic County Prosecutor. Ms. Bernard’s lawyer apparently thought other wise, but was wrong.”

Cosby has yet to be charged with any crime, despite the dozens of sexual assault and misconduct accusations made against him, because the statute of limitations has run out in almost every single accusation. Of the forty-five women who have accused Cosby, an overwhelming majority say the incidents they describe took place in California, which has an elastic statute of limitations for sex assault cases. The women who say Cosby accosted them in the 1960s, for example, would have had to file criminal charges within three years of the incidents they describe.

Chloe Goins, the woman who accused Cosby most recently, says he accosted her in 2008–well within the current ten-year statute for California. But Goins would also need to provide DNA evidence of any misdeeds in order for criminal charges to stick.