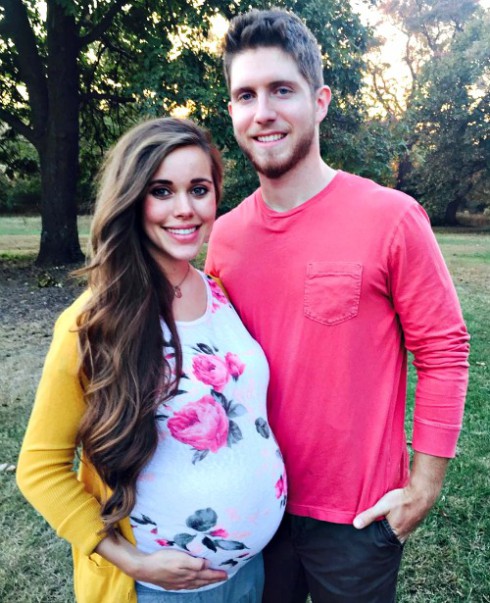 It’s a baby boy for Jessa Seewald! The former 19 Kids and Counting star welcomed her first child with husband Ben Seewald on Thursday, one day after Jessa turned 23. The family revealed the news to People, which says more details, including Jessa baby’s name, are coming soon.

Unlike her older sibling, who did gender reveals for their babies in advance, Jessa kept the sex of her firstborn a secret until the delivery — which was quite the challenge for her and Ben. As one source who attended the Jessa’s baby shower in mid-October told Us Weekly, “It’s hard for them to keep from saying ‘him’ or ‘her’!”

In the days before her delivery, Jessa seemed increasingly eager to induce labor — even going so far as to eat a whole pineapple. (Which sounds much tastier than a spoonful of castor oil!) Still, she wasn’t as eager as a tabloid that jumped the gun by publishing a story about her delivery room drama.

Cracking up over this one! ? Ben and I were surprised to find out that #BabySeewald was already born last week! I must say, it was certainly a relief for me to find out that all that labor and delivery work is already behind me. ? Oh, and A+ on the cover picture. ?? I never imagined I'd get my pre-baby body back so soon! ?? Haha! We both had a good laugh over this! #UnreliableSources Lol!

Jessa passed the time by celebrating her birthday with family on November 4 — which must have jumpstarted her labor. Fans will get the meet Baby Seewald in one of TLC’s upcoming Jill and Jessa: Counting On specials, which follow Jessa and sister Jill Dillard. The first episode premires in December.