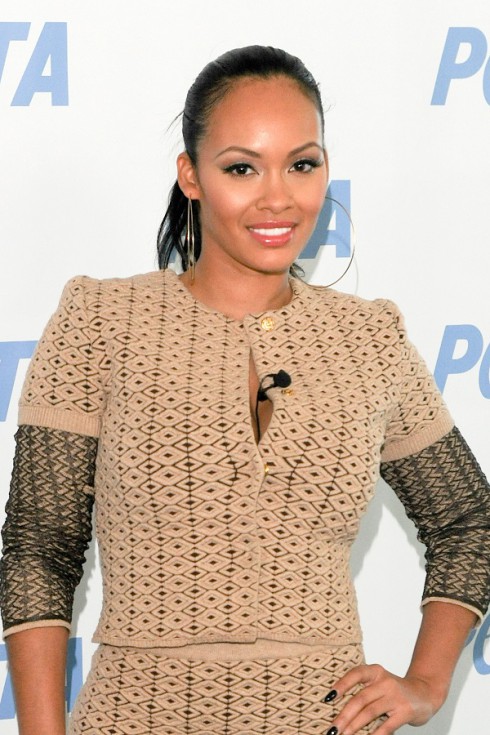 Reports that Evelyn and Carl were an item first emerged in May, seven months after she ended her short, violent marriage to Chad “Ochocinco” Johnson. Evelyn reveals that Los Angeles Dodgers outfielder Carl is the father of her child in an interview with OMG Insider, which airs on Monday, Dec. 9.

Is marriage next? Evelyn also reveals that is open to the possibility. “I definitely would get married again,” she says. “I still believe in love…I’m not one of those people that’s like ‘We need to get engaged, we need to get married.’ No, absolutely not. I feel like that’s going to come, just like with the baby, let it come. I’m not forcing anything, so if it happens, it happens.”

Naturally, if an opportunity for her own reality series presented itself, Evelyn would roll with that, too. “You know, reality TV, even though there’s a lot of negativity, it’s been more positive for me,” she shares. “I was able to do a lot of things because of the show, so I’m not one of those people that just bashes it when it’s done…I was able to put my daughter through college because of it, I’ve been very blessed because of it. So if I was given a spinoff I think I would do it because you’re more in control of the show, you’re an executive producer. You really get to see everything that’s going on. So, you know, if it made sense for me and my family, I probably would.”

PHOTOS Teen Prostitution In India Is A Family Business For Some