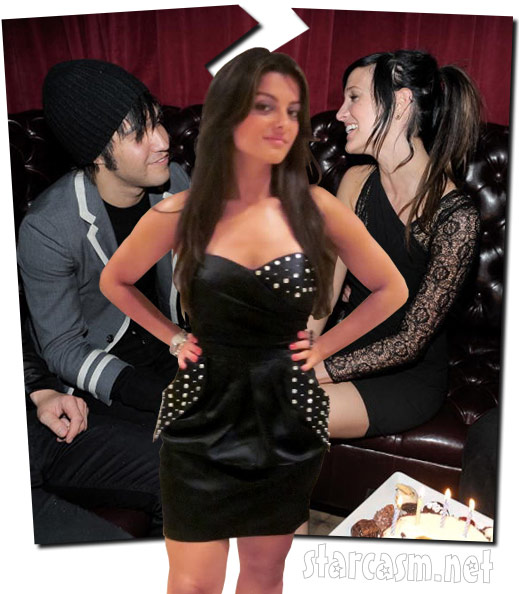 In Touch Weekly has a source close to Fall Out Boy bassist Pete Wentz and wife Ashlee Simpson-Wentz who says the couple has been having difficulties of late because of Pete’s new band, the Black Cards, and its sexy lead singer, twenty-something Bebe Rexha.

“Ashlee is so insecure, it brings out the worst in her,” the pal tells In Touch. “She was so worried about Pete straying that she was fighting with him constantly about Bebe. Her friends told her to stop being so controlling or it would drive him away. Finally, she listened. Now that she’s giving him more space, they’re getting along much better.”

A representative denies the reports, telling In Touch, “Both are committed to their marriage and are each other’s biggest support system professionally and personally.”

Not only can I say that I saw this coming a mile away, but I can prove it! I did a profile on Bebe Rexha when it was first announced that she would be fronting the Black Cards and I concluded the article with this statement:

“All I can say is Ashley Simpson better look out! That there is nothing but TROUBLE – that wonderful, sexy, talented kind of trouble that ain’t nooooooooooo good when you’re married and trying to raise a family!”

Even if Pete never crossed the line with Bebe, picking her to be the lead singer almost guaranteed there would be rumors! (CLICK HERE to read the profile on Bebe that includes her bio, photos and links to some of her music online.)