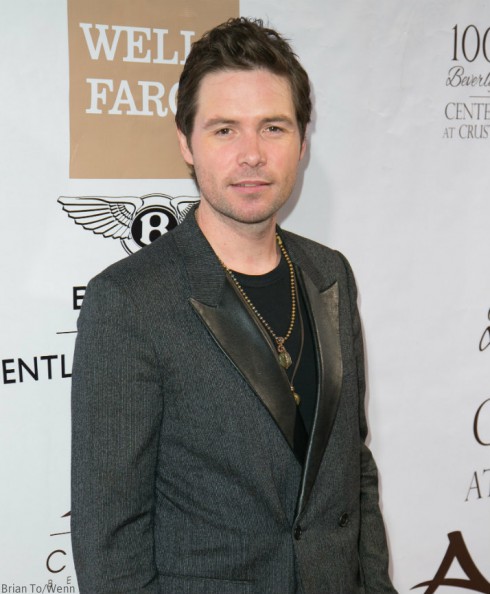 American Idol finalist Michael Johns died on Friday, reportedly from a blood clot that originated in his ankle.

“Our family is devastated by the passing of our beloved Michael, a wonderful husband, son, brother, uncle, and friend,” said his family, a group that includes wife Stacey. “We appreciate the outpouring of love and support we have received from all corners of the globe. Please keep Michael in your thoughts and respect our need to grieve privately in this difficult time.”

It’s unclear whether the otherwise healthy 35-year-old was hospitalized prior to his death. According to People, however, what led to Michael’s fatal blood clot may have been a simple injury or seemingly innocuous flight.

“The huge majority of people who get a blood clot do fine,” said internist Dr. Levi Benson. “A medical professional can prescribe blood thinners, and the clots usually go away in a few months.”

Symptoms of a blood clot (or “Deep Vein Thrombosis”) include swelling or pain in the affected site. It can be diagnosed with an ultrasound. Without medical care, the clot may detach from the original site and travel to the lungs.

“If the clot is big enough, it gets wedged into the lung vessels and increases the pressure in the heart,” said Dr. Benson. “This causes the heart to fail. It’s like stopping up a pipe or causing an accident on the freeway. All of a sudden you have a big backup.”

According to The Centers for Disease Control, an estimated 60,000-100,000 Americans die from Deep Vein Thrombosis/Pulmonary Embolisms. The CDC says people most at-risk for developing blood clots include those over 40, those who’ve traveled more than four hours at a time in a plane, train or car, pregnant women, obese people, those who recently underwent surgery and those who have limited mobility in extremities.

Michael was both young and seemingly healthy. Following his 2008 stint on American Idol, he achieved modest success with solo albums and his work with producer David Foster.