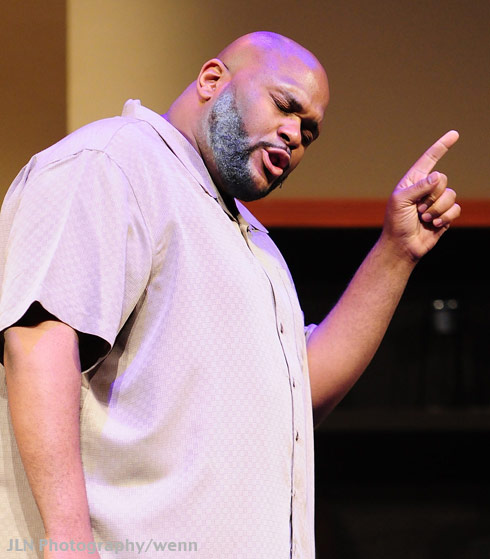 The winner of the 2nd season of American Idol, Ruben Studdard, will be joining the cast of The Biggest Loser. This will mark the first time that a celebrity will be part of the NBC weight-loss reality show.

The crooner nicknamed “The Velvet Teddy Bear” slimmed down in 2008 on a vegetarian diet, losing over 70lbs. The Grammy-nominated artist gained back some of the weight after his divorced last year due mainly to stress eating. Ruben previously told Billboard:

“I’ve never had an issue with my weight. But my family has a history of high blood pressure, diabetes, heart-related issues, things I didn’t have to deal with yet because I’m young. But I don’t want to be worried at 40, and if I don’t fix things now, I will be.”

Shooting is already underway and the announcement has fans of the show wondering if Studdard will be given the celebrity treatment at the ranch by trainers Jillian Michaels, Bob Harper and Dolvett Quince.