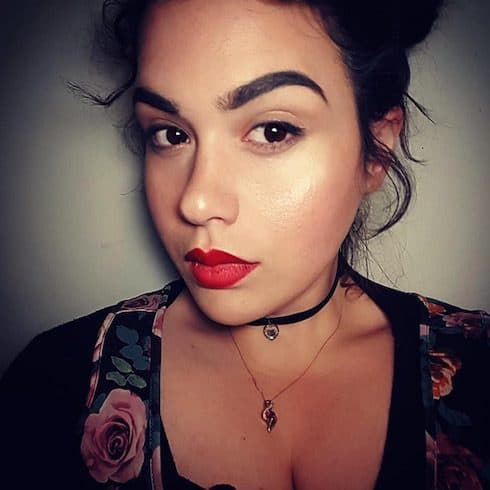 Thanks to Dr. Nowzaradan’s surgery and the complete transformation of her lifestyle, My 600 Lb Life‘s Amber Rachdi has lost well over 400 pounds since her episode kicked off Season 3. Whether you’re counting the total number of pounds or the percentage of the peak weight that she’s lost, Amber’s story is one of the most successful in My 600 Lb Life history.

But where is Amber Rachdi now? In the three-plus years since her episode aired, many of Amber’s peers in the world of My 600 Lb Life alumni have gone on to film Where Are They Now follow-ups. As we reported this past summer, though her fans often ask whether Amber’s success will get its own new episode, Amber’s always responded with a kind, but firm no.

Since My 600 Lb Life Season 6 is in full swing, we reached out to Amber (whose social media presence is a growing force indeed) to ask whether she’d ever reconsider that decision. Amber’s response, though, left no doubt that her relationship with My 600 Lb Life is done — and some of the details she shared were fairly shocking.

Amber told us she’d had “a bad experience with the production company,” but quick to note that My 600 Lb Life‘s original production company “sold rights of the show to TLC/Discovery after [her] tenure,” and she’s “it’s handled differently now.”

Nonetheless, Amber described a shoot run by “bullies” who “appeared to be used to” telling participants that if they didn’t do what the producers wanted, their surgery would be “postponed or canceled.” Amber added that she knew no one on the production crew had such authority — but refusing their demands hardly made things easier.

Here’s Amber’s full response to the question of whether she’s had second thoughts about filming a Where Are They Now? follow-up episode for My 600 Lb Life:

I had a bad experience working with the production company. I filmed with a lot of different field producers and a couple different show runners. The experience was very disorganized and jarring and there’s not a whole lot I can say using my grown-up tact. They ran late, reshot difficult to replicate scenes, and really sort of acted like bullies. When I would say I had a boundary I didn’t want crossed, their first reaction was always to threaten to postpone or cancel my surgery. I know the field producers don’t have that power, but they appeared to be used to using this tactic a lot on noncompliant cast members, which is next level unethical. The very first producer I worked with tried to use this when I said I didn’t feel comfortable showering in the nude on camera. Needless to say, it didn’t work, and so there I am, filmed in a pink sports bra and briefers in my opening act. That was my first experience with the company, which is a hell of a rough introduction. She’s since been let go.

Basically, I found their professionalism wanting. For the sake of not getting any more ugly I’ll just leave it at that.

Amber stressed that her distaste for My 600 Lb Life‘s production did not in any way extend to Dr. Nowzaradan. “He’s truly wonderful,” Amber said, adding, “I don’t for a moment regret my surgery.”

And Amber suggested that the people who do appear on My 600 Lb Life don’t necessarily come away well-compensated for their trouble. “Ultimately,” she said, “the experience was stressful and deviated greatly from what I had consented to, with long filming hours and lots of medical debt.”

Ok, so not a selfie. My husband took this one, but I still feel pretty cool in my leather jacket.

Fortunately, Amber hasn’t let her life be defined by her My 600 Lb Life episode in the years since it first aired. Amber Rachdi now is a happily married woman, one with a family of four-legged creatures (“We have, like, a bunch of dogs”). And, other than losing a lot of her furniture in the aftermath of Hurricane Harvey, she’s in a very good place:

The show began filming when I was 22, I’m turning 28 this year. I think many of the ways my life has changed can be chalked up to age and time and not necessarily my weight loss alone. Life is complicated. In that, maybe I’m not the inspirational lifestyle role model people are looking for; I’m just someone coming out of youth trying to be a functional adult after a pretty wild ride.

“I still go to the gym 3 days a week,” Amber concluded. “I’m working on myself…I’m trying to live my life the best way I know how.”