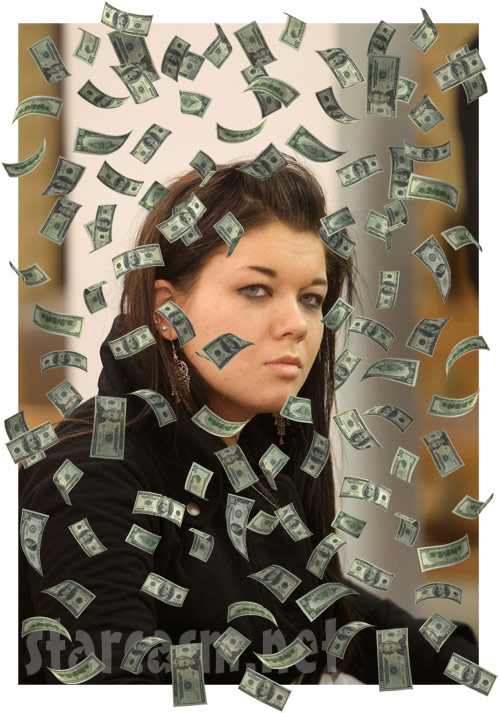 Despite rumors that MTV’s Teen Mom cast is pulling in $60,000 per season, Amber Portwood was forced to admit to a court that she garners much more than that.

Amber spent a day in jail earlier this week for her felony assault charges against her baby’s father Gary Shirley. Before she was released Tuesday (December 28, 2010,) she appeared before Madison County (Indiana) magistrate court via a live video feed from her prison cell.

During the hearing, Portwood told Clase her occupation was a “television personality” and he asked her to reveal her annual income.

“You what?” Clase asked Sweeney.

Sweeney questioned the relevance of the question and Clase promptly overruled the objection, forcing Portwood to reveal that she makes $140,000 for a six-month contract with MTV.

I’m guessing cashing $140,000 checks (before taxes) doesn’t offer up much of an incentive to finally get that GED, or go to beauty school. Hopefully some of the money is going into an account to save for baby Leah’s future!