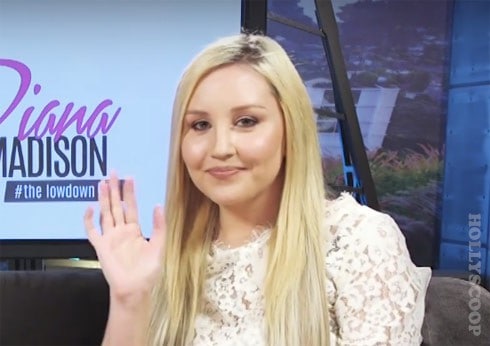 Once-troubled Nickelodeon star Amanda Bynes, who returned to the spotlight last week with her first interview in years, is well on her way to regaining independence.

During Amanda’s downward spiral three years ago, her mother, Lynn Bynes, was granted conservatorship over her daughter’s personal and financial affairs. Now, 31-year-old Amanda is back in control of her finances, as granted by a court in March.

Because Amanda was doing much better, in October 2016, after providing a detailed accounting of the estate and accounting for every expenditure and receipt, Lynn petitioned the court to terminate the conservatorship of the estate. Then after several hearings and detailed presentations to the judge regarding her progress and plans moving forward, the court approved the petition and handed control over her estate back to Amanda and her parents to handle privately outside of the courts.

This is a positive sign, especially considering that it was her mom who petitioned the court.

Lynn is still conservator of Amanda’s “person,” which includes ultimate decisions regarding her health. Kolanjian added, “The court felt, based on Amanda’s progress and her great relationship with her parents, there was no longer a need for court supervision of Amanda’s money and she and her family can handle her financial affairs privately. This was a first step in the right direction. Amanda’s doing fantastic.”

During Amanda’s surprise interview she revealed that she intends on slowly getting back into acting.

REPORT Amanda Bynes wears fishnets to gymnastics, breaks down crying when her wig falls off, gets kicked out