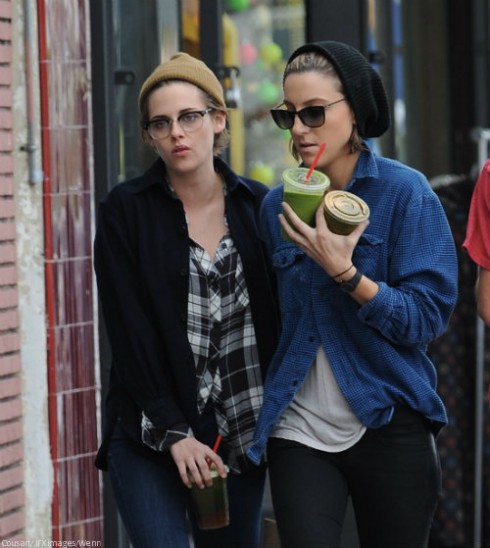 During 2014, Kristen Stewart was virtually inseparable from Alicia Cargile: They vacationed together, were regularly photographed out in Los Angeles and then capped off the year with a trip to Hawaii where they were pictured in intimate poses. In light of all of that, many have decided Kristen and Alicia are dating.

“They are inseparable and mimic each other’s everything,” a source told Radar Online, noting the pair recently got matching tattoos. “They are not exactly nonchalant about their relationship anymore.”

Although Kristen’s been open about crushes on female celebrities in the past, she hasn’t addressed her current relationship status. (Not that she should have to.) Regardless of whether they are dating or just friends, it’s obvious Alicia is a very important person in Kristen’s life. So, who is Alicia Cargile? There isn’t too much information about her out there, but we know she got to know Kristen when working as her personal assistant. She is currently a visual effects producer for a company in Los Angeles. She previously worked on music videos for artists including Kesha, Maroon 5, Alicia Keys and more.