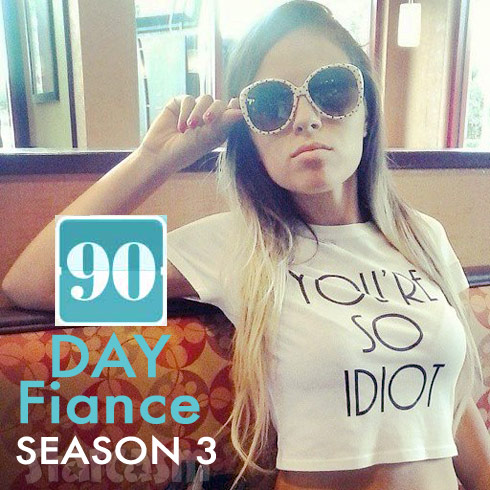 It’s been more than eight months since fans of TLC’s hit international romance reality series 90 Day Fiance have been treated to a new episode, but that looks to change soon. The network is currently filming a whole new batch of K-1 Visa hopefuls, and the episodes are slated to premiere some time in October.

We’ve been pounding the pavement looking for the scoop on the upcoming season–here’s what we’ve gathered from our sources.

90 Day Fiance Season 3 will likely feature six couples, just as it did in Season 2. Here are the sexes and countries, in order of our level of confidence:

Man from Asia (distinct from the man from India)

Man or Woman from Israel

Woman from the Philippines

According to a recent “Bring Me Your Torch” podcast, there was also a lesbian couple that went as far as filming for the show before deciding to back out. Since then, they have reportedly split up.

The only couple we have names and information on is the man from Jamaica, who is engaged (and possibly already married) to a woman from Pennsylvania. The first photo of the couple together on social media is from June of 2014, and they filed their USCIS Form I-129F, Petition for Alien Fiancé(e), on September 26, 2014. That petition was officially received on October 1, 2014.

The groom-to-be had his interview on June 5, which was approved. The couple’s marriage date is listed as June 8, 2015, although I have been unable to confirm that they actually got married on that date.

Judging from her Facebook page, the woman has taken numerous trips to Jamaica, and the two appear to genuinely be smitten with each other. We are waiting to release names and more information until we know that they’ll be on the show.

UPDATE – We now have confirmation! Click here to learn more about Melanie and her Jamaican fiance Devar! Plus, watch the 90 Day Fiance Season 3 preview trailer and meet the other five couples!

Meanwhile, in 90 Day Fiance Season 2 news, Mohamed Jbali recently passed his CDL test and is now officially a truck driver! The choice of profession seems odd, given that it could mean lots of time on the road away from home, but we will just have to trust that Mohamed knows what he’s doing. 😉 Here’s the message he posted on Facebook back in July:

Thanks God I passed my exam today and I got my CDL after a month of going to school, so now I am a professional truck driver 🙂 🙂 (thanks for Jamie Mullins for taking me to perrysburg toledo to pass the exam)

On a sad note, Mohamed had his bicycle stolen at the end of July, so no more cycling selfie stick tours of the neighborhood for a while. 🙁

Here’s a photo of Mohamed and Danielle (and family?!) that recently surfaced online: 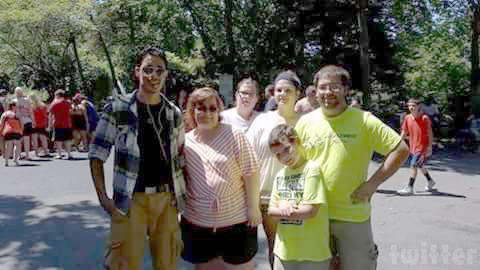 Fans will reportedly get to catch up with at least some of the Season 2 cast members soon, as TLC has reportedly been filming catch-up specials. According to our sources, Danielle and Mohamed filmed their segment back in June.

Amy and Danny Frishmuth (who just welcomed their first child!) filmed a segment before giving birth. No word yet on whether we can expect additional filming with their son, Jedidiah.

Allegedly, Jason Hitch and Cassia Tavares have also filmed their segment. The other couples have reportedly not filmed yet, and it’s not clear which ones will and which ones won’t.