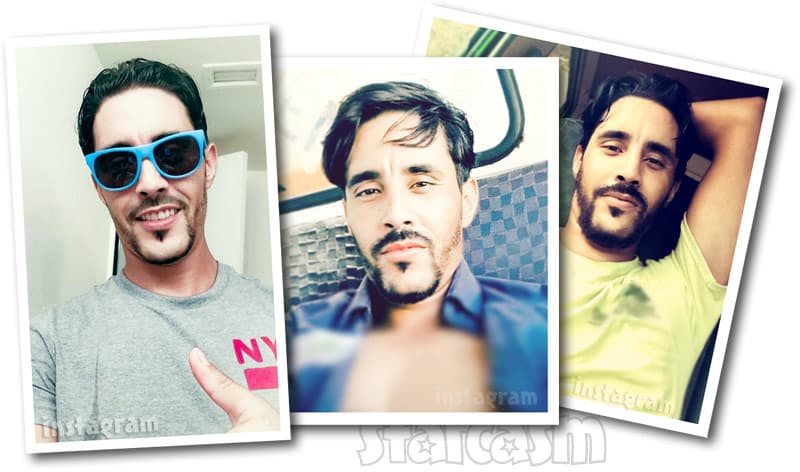 After nearly four months of being virtually MIA, the biggest US reality television star to ever come out of Tunisia is back on soshull meedya! 90 Day Fiance‘s Mohamed Jbali made his triumphant return to Instagram earlier today in a series of photos, videos, and text graphic life mantras that are nothing short of Mohamazing!

Let me start by saying that I am a huge fan of everything about Dinyell and Mohamed. But a large part of my love of Mohamed was how he always seemed to be in a little over his head — with everything. He had an innocent overconfidence that made for some great (albeit often head-shake-inducing) television and off-screen drama.

Well, I don’t know what happened over the last four months, but Mohamed seems COMPLETELY different now! His overconfidence has been upgraded to what can only be described as swagger — from his appearance (just look at that badass jaw broom!) to the tone of his voice in the clips.

I wanted to embed his return announcement videos; unfortunately, Mohamed has set his Instagram account to private, so you’re going to have to get approved to watch them for yourself. Mohamed also talks about making his Instagram private in one of the videos, which I’ve transcribed below.

OK, I have to calm down — my heart is racing! LOL. I think the best thing to do is just share Mohamed’s posts in the order that he posted them. The videos are last — and I will transcribe every bit of what he had to say in those, which includes his explanation for disappearing: 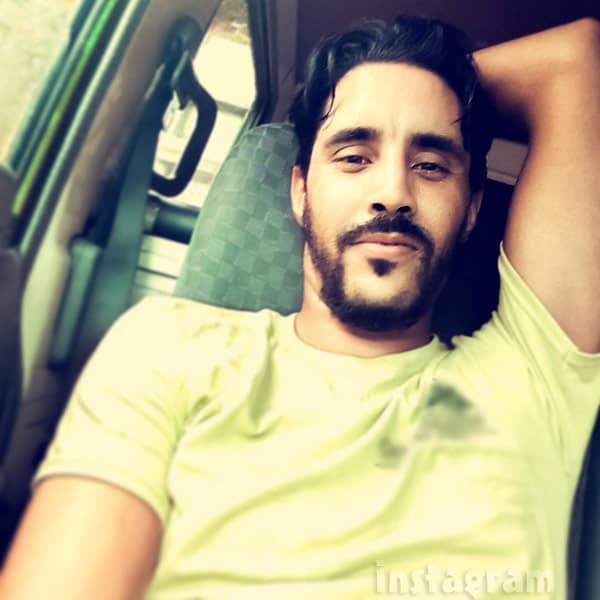 “I’m still alive lol” Mohamed captioned his first photo above, in which he is rocking his new facial hair with panache.

***WARNING*** If you are attracted to Mr. Jbali and have a heart condition, this next photo may lead to a Mohamedical emergency…

Mohamed captioned this blurry chested Tinder trap snap with some of his new exclamatory life philosophies:

Your happiness is not my responsibility!

Pleasing everybody is not possible!

When im done loving myself i will have time to love someone else!

Your opinion about me is not gonna change how I feel Because I know how to control my feelings ! 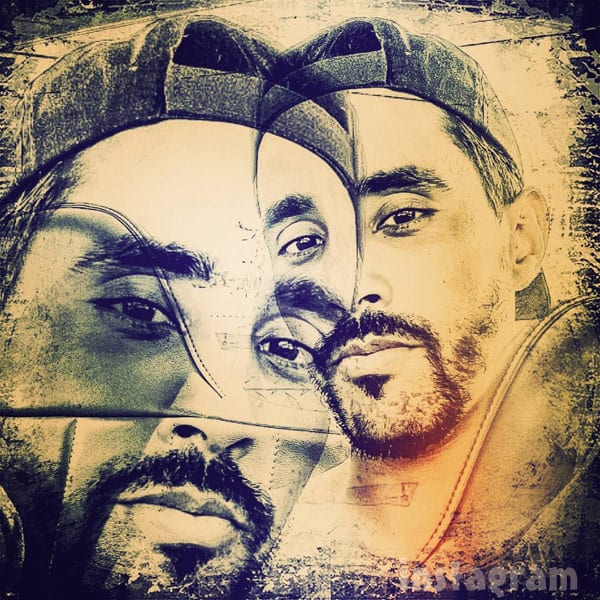 I don’t even know where to begin. I guess there is some sort of Mohamodification Instagram filter that will flip your hat, then create a drawing of your face, which it mirrors before superimposing both of them over a Naugahyde jacket. Then, a final dual tone grunge effect layer is applied. The end result? Perfection. (I would SOOO buy this t-shirt! Especially if it had the words “When im done loving myself i will have time to love someone else!” printed on it!)

In the caption for this masterpiece, Mohamed reveals that he is not back on soshul meedya to talk about 90 Day Fiance: Happily Ever After or any of the show’s other “fake couples.” Here’s what he wrote:

Yes I’m back to Instagram but not to talk about the show bcz im not watching it and im not going to!

thats why I’m out!

The next picture needs no caption because it is a caption — aka a text graphic — aka visual poetry: 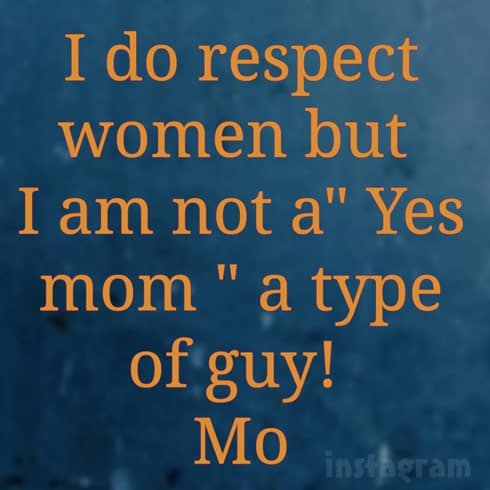 Mohamed then shared another text graphic, and I’m going to go out on a limb and suggest he didn’t write this one. It just doesn’t seem to have that special Mohamed flair: 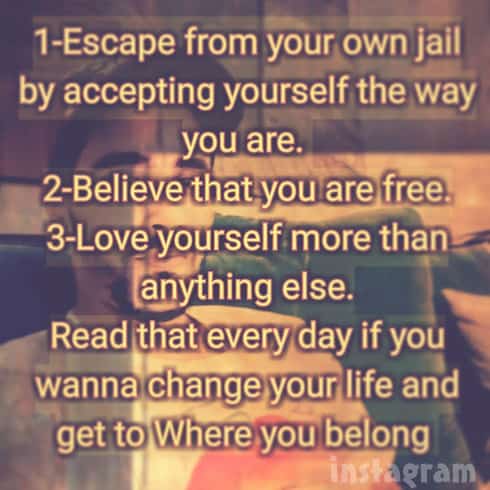 After all the visual verbiage, Mohamed eschewed the text graphics and donned his baller blue bargain bin shades for a life-affirming selfie that will surely be one of the images used when he finally releases his Mohamoji app: 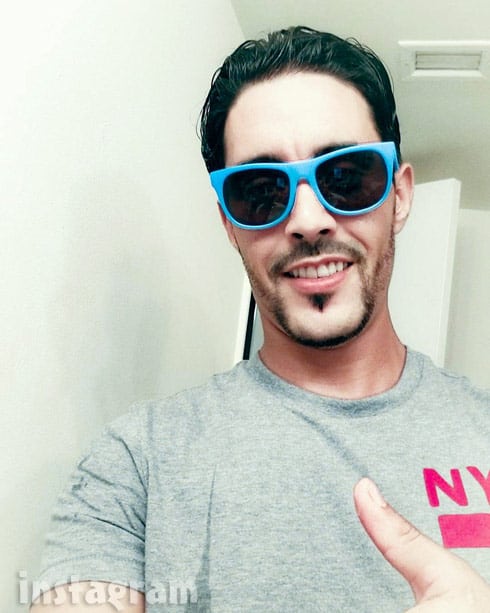 “My life got so much better since I stopped thinking about What others think about me!” Mohamed wrote.

Next up are the two videos. Here are the still images for each followed by full transcripts of what Mohamed had to say: 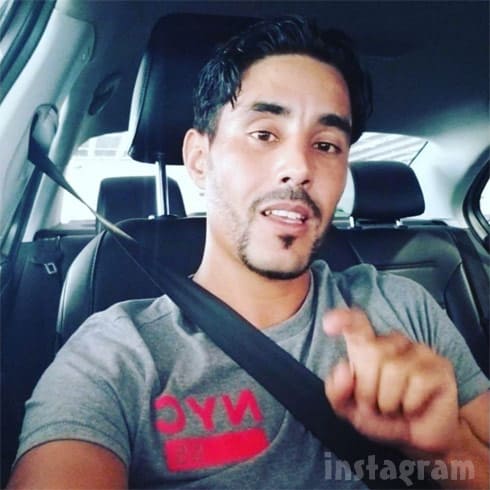 Hello, hello, hello my friends. So, I’m back to Instagram, and I’m making this video to tell some people that my Instagram is private, OK? And you cannot be on my Instagram unless you send me a request and I do accept you. So, by you being here in this Instagram, means that you are the one who wanted to be here, and you are the one who wanted to see what I do post, OK? So, if you did that, I think you have no right to complain about what I do, or what I post, or whatever I put on my Instagram, because it’s mine, and I am free to do whatever I want here. If you don’t like it, just very, very, very simple trick I’m going to teach you: If you don’t know, just click on “Block” or click on “Delete” and you will never see anything from me any more. So, let’s keep it simple. I’m not here to talk about the show. Thank you. 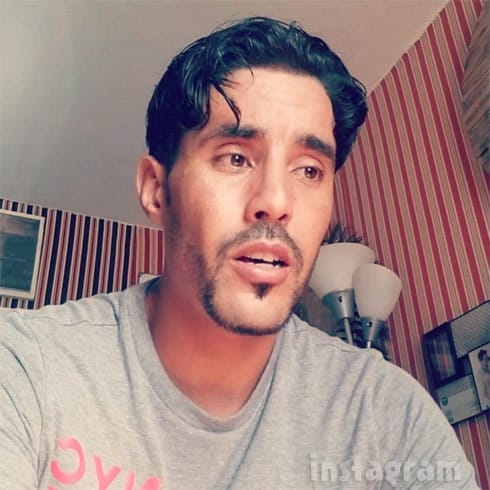 So, I just want to apologize for my friends that I used to talk to before because I just disappeared for almost four months. I changed all of my contact information — like, everything! Even my emails, my number, my everything. So, I apologize for doing that, but I know you’re going to forgive me. You know that I was going through a lot of bad stuff because of the TV show and some people that they are giving me a hard time. So, all I did is I just moved from the place that I used to live before, now I am in a different place. I was trying to find myself, and I DID because I took some tough decisions in my life. And in four months, I made my life much better, and more happier. And I met some new friends. And I did not forget about my old friends, and I’m going to try to contact all of you. And I apologize again.

Mohamed doesn’t ever reveal where he is living now, though it definitely appears to still be in Florida because one of his videos is geo-tagged as such. Actually, one commenter posted that Mohamed is now her neighbor! “Are you sure??” Mohamed asked. “Yes,” the woman replied before adding, “the apartments in Port Richey.”

Well there you go! I’m pretty sure I just did a recap of Mohamed Jbali’s return to Instagram. Yes, sometimes I love my job! 🙂

Be sure to catch Mohamed and Dinyell on 90 Day Fiance: Happily Ever After? airing Sunday nights at 8/7c on TLC. Just don’t ask Mohamed about it!

UPDATE – I’m beginning to think my previous theory about Mohamed violating his TLC contract with a series of Facebook Live videos (in which producers talked about reshooting certain scenes) is the real reason he virtually disappeared. Here’s what I suggested at the time:

It makes sense to me that Mohamed’s videos were a potential violation of his contract, and TLC threatened to withhold his earnings unless he stepped away from social media entirely. This is the third go-round for Mohamed and TLC, and usually reality show stars are actually making pretty good money by then — so that would be ample motivation for Mohamed to quit. (He sure seemed to love making those videos!)

It makes TOTAL sense that any sort of network ban on social media activity would be lifted on the day of the season finale. What do you think?

Before the 90 Days SPOILER: Are Sean and Abby still together?