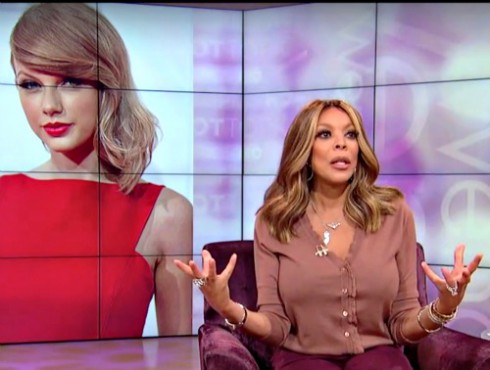 So, I know all talk show hosts are paid to speak their minds — but Wendy Williams is one of the few who actually does that. As a result, she’s alienated quite a few viewers and celebrities, but her candor has also endeared her to many more. Basically, Wendy goes there and you have to give her some credit for that!

In her latest controversial quip on Monday’s episode of The Wendy Williams Show, the host noted Taylor Swift currently has the crown for the Most Followed Person on Instagram — after surpassing Beyoncé and Kim Kardashian. In Wendy’s opinion, Taylor accomplished that by being “The Queen of Mean.” She explained, “People like Taylor and I think that the reason why also is a hidden secret of mean. I think that she is probably meaner than Beyoncé and Kim put together… She’s sneaky and smart about doing it which makes her smarter than the other two.”

As evidence of Taylor’s “sneaky” tactics, Wendy said she posts pictures of her cats (oh my!) and ventures in the kitchen (no way!). “She’s got her girl army hypnotized to think she’s the bee’s knees. From the Cara…to Kendall Jenners, those girls they all hang out. Taylor bakes and cooks. We’ve never seen Kim or Beyoncé bake and cook,” Wendy said. “Here’s the thing, she’s trying to trick us into thinking she’s a good woman because she bakes and cooks and it’s actually working right now on Instagram.” (Wendy’s comments about Taylor start around the 9:08 mark.)

Not surprisingly, some of Taylor’s fans are coming to her defense: “It’s ironic because I’m pretty sure Taylor doesn’t have a talk show where she trash talks people but carry on,” one said on Twitter.

“HAHAHAHA THIS IS SO STUPID,” another person said. “The whole argument is basically Taylor is mean cause she posts pictures of her cats?!!!”

A third person noted, “So basically, Wendy Williams’ point was that Taylor’s a bad person for being fully clothed and baking…”

I’ve got to say this one goes to Taylor.

VIDEO Where did Wendy Williams’ catchphrase “How you doin?” come from?